The software behind Google’s augmented reality future may not be here yet, but if this wearable display from Olympus is any indication, the hardware part of the Project Glass equation may be easier to solve. The MEG4.0 connects to smartphones via Bluetooth to serve as a secondary display, among other functions. 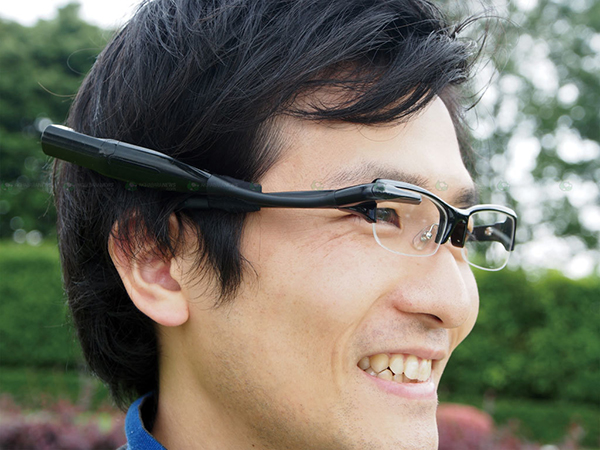 Note that the MEG4.0 is separate from the glasses, so you don’t have to worry about it not being cool enough for you. The display itself is just QVGA (320×240) resolution, though. Aside from functioning as a display, MEG4.0 also has a direction sensor and may be used in conjunction with GPS software. According to Olympus, the idea is to enable users to check their phone in short bursts. If it’s turned on for only 15 seconds every 3 minutes, then its battery will last about 8 hours. I think the short battery life is a good thing, unless you want to be run over because you’re busy tweeting while walking down the street. And because the person who ran you over was also tweeting while driving.

It’s significantly less useful than the concept device for Project Glass, but then again, everything’s worse than a concept. Olympus hasn’t mentioned if they’re going to release it as a consumer device, and I wouldn’t be surprised if this is just a prototype either. Perhaps MEG9000 will be good enough for daily use.