Sonic Screwdriver Bouquet: Do You Take This Doctor?

Suppose the Doctor and River Song got married. This would be River’s bouquet, because you know, that’s her sonic screwdriver as the stem. But in real life this was a human bride’s bouquet that not only features River’s sonic screwdriver, but there are also paper flowers from the pages of a Sherlock Holmes story on top. That makes it doubly awesome. 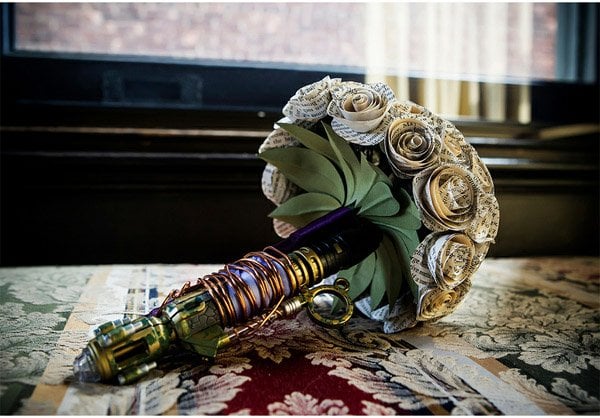 Doctor Who fans with impending nuptials now have another project to keep them busy until the big day. You already have the TARDIS or Dalek cake, no doubt. The groom will be dressed like the Doctor, the bride like River Song and now you have a sonic screwdriver bouquet.

But don’t stop there. I want to see some Daleks walking her down the aisle and a Cyberman presenting the ring. Nah, that’s not too much.