It happens even to the best people you know. They might have had too much to drink at a party that was unexpectedly wild, and now they’re too drunk to drive themselves home. The unfortunate thing to this is that sometimes, they’re not aware of that fact themselves. 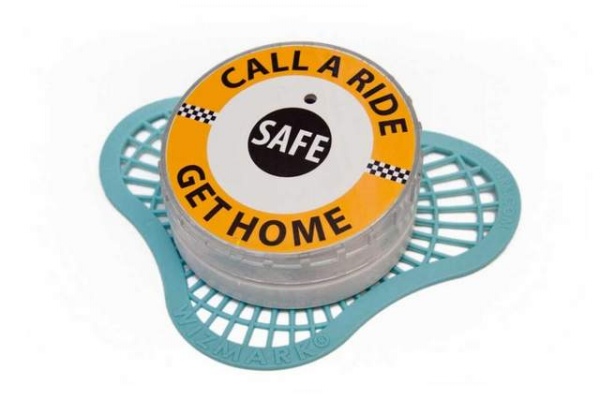 This is a situation that the folks over in Michigan know all too well, because they’ve devised these talking urinal cakes that tell drunk folks not to drink and drive – as they’re peeing.

Once some pee passes through it, it pipes up to say:

Hey there big guy! Having a few drinks? Then listen up! Think you’ve had one too many? Then it’s time to call a cab or a sober friend for a ride home. It sure is safer and a hell of a lot cheaper than a DWI. Make the smart choice tonight, don’t drink and drive. Remember, your future is in your hand.

Here’s a real friendly reminder. Don’t drive drunk. If you do and you get arrested, the next urinal you pee in will be in jail, with a hairy guy named Bubba standing behind asking you to pick up the soap…

The Michigan State Police have made these available to 200 selected bars all across the state. It sounds funny and quirky, but I think it’s one smart idea to remind drunk drivers to stay off the road. At least, some of them, anyway.

[via NY Daily News via Dvice]