It’s not uncommon for the ACLU to defend people against the police in court when the ACLU feels the police have stepped over the line. There’ve been a few instances around the country where police arrested citizens who were recording them on mobile phones or video cameras. Despite the fact that Americans have a constitutional right to record the police, many people who have done this have ended up in jail and at times in a courtroom. 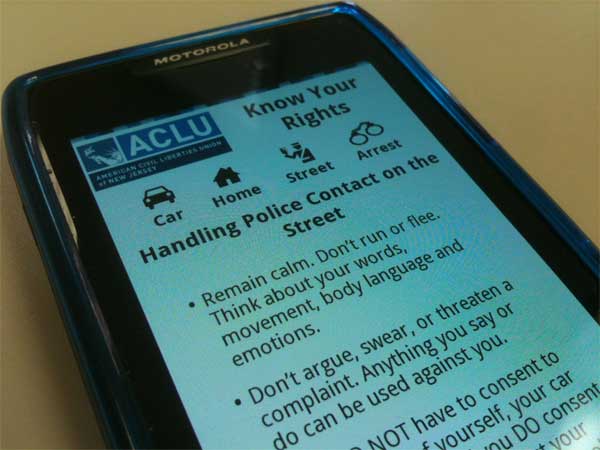 The New Jersey ACLU has offered up a new app called the Police Tape App that is designed to secretly allow people to record the police during traffic stops or other law enforcement confrontations. The app on the Android smartphones can record audio and video and minimizes itself while leaving the screen blank to make the phone look like it’s not on. An iPhone version of the app will be coming in a few months that will offer audio only.

The app is also designed to make deleting video and audio content a multistep process to prevent the content from being deleted by officers or the user without effort. The ACLU says the app is an essential tool for police accountability. Check out the video above for more details about the app.