If you ask me, 3D printing is the future – of everything. I think that within the next two decades, we’ll be using 3D printing technology (or variants thereof) to manufacture everything from parts for cars to replacement organs for humans. And robots are already used widely in food production, so why not a 3D printer that can create lunch? That’s exactly what the guy behind the BurritoB0t has in mind. 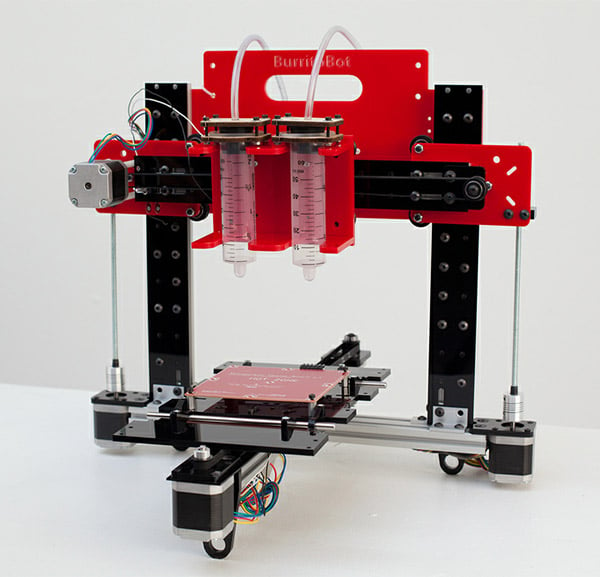 The Burritob0t is just what it sounds like – a robotic printer/extruder that can output burritos. Interactive designer/builder Marko Manriquez came up with the idea of a robot that can fabricate burritos after realizing the overlap between 3D printing (additive assembly and interchangeable ingredients) with burrito construction. 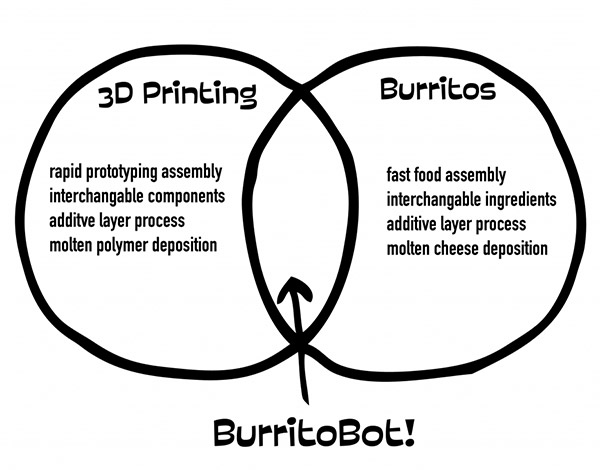 The BurritoB0t is designed to automatically create 3D printed burritos by layering and extruding components to produce a fully customizable, edible Tex-Mex treat. Marko already has a prototype of the machine (tech details here), but it isn’t ready for prime time (or meal time) just yet. From the looks of this video clip below, there’s a plan to launch a Kickstarter campaign to raise funds to complete the BurritoB0t to feed hungry New Yorkers – but it doesn’t look like the fundraiser has started yet from what I can tell.

Whether or not the BurritoB0t ever sees the light of day at your local Taco Bell isn’t really important though. This is really just the tip of the iceberg in terms of robotic food construction. I can envision a day when 3D printing is fast enough that you’ll be able to dial up a recipe from your mobile device, and 3 minutes later, your fully-assembled meal will pop out of its tray. Now whether or not it tastes good… That’s a whole other question.