Check out this 36″ tall plush Spock. It is a highly logical purchase, despite the fact that he looks awkward being so tall and skinny. So what would you do with a 3-foot-tall Vulcan? I have a few ideas. 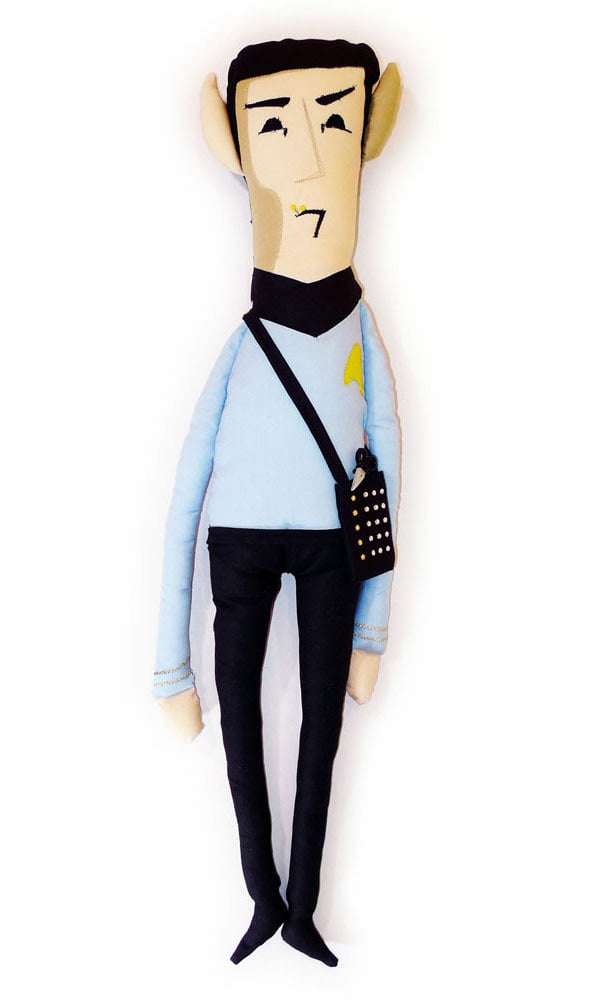 If you have a large replica of the Enterprise, you could attach 3 wheels underneath and display this guy on it so that he looks like he is riding an Enterprise big wheel. That would be awesome. You could practice ventriloquism and take this guy to various coffee shops until you get banned from all of them.

It doesn’t matter how you use him. Just make him part of your crew. He’s tall and he’s a stuffed Vulcan. What more do you want? He’s only $65(USD) from Bear and Bird.