For the past few months, a lot of advertising and marketing campaigns have been targeting vending machines. There’s Coca-Cola’s vending machine that gave away free soda for a hug, and the Rugbeer vending machinethat needed to be tackled before it dispensed any beer. And then there’s the Bevmax 4-45, commonly known as ‘Bev’, that dispenses free ice tea in exchange for a tweet. 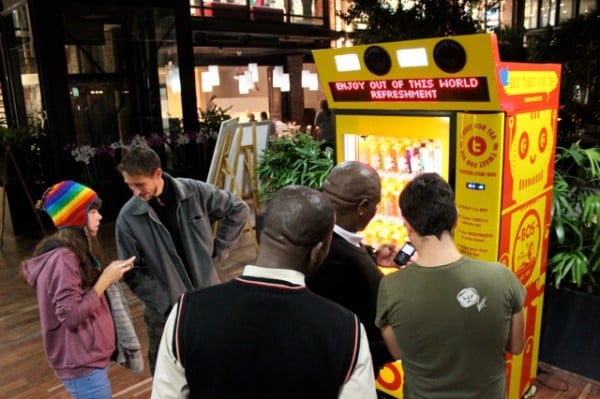 It’s as smart as vending machines get. It’s located at Wembley Square in Cape Town and encourages people to send out GPS-tagged tweets that include a specific hashtag so they can claim some free refreshments.

Once Bev notices the tweet, it’ll mechanically work to serve you up a can of tea for your enjoyment.

South African soda company BOS Ice Tea worked together with social media agency RAAK to come up with Bev. Pretty ingenious, isn’t it? And it’s great for generating publicity, too.