The petition for an official LEGO Portal set is going strong, but it still hasn’t quite garnered enough votes to qualify for consideration from the powers that be. Maybe they should add this to the set to get more support: a life-sized LEGO Portal gun. 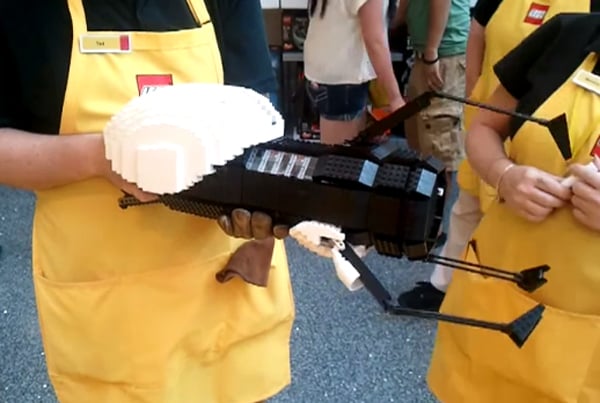 The replica was made by YouTuber ferlessleedr, who works at the LEGO store in Minneapolis. He planned it over the course of a year and about three weeks to build. The gun is made of about 2,000 bricks and has a Mindstorms controller inside that handles the moving prongs and the  lights inside the gun. It’s not powerful enough to shoot actual portals though.

Imagine if he worked at a meat shop. Or a Swiss army knife store. or at Brando.

[via Geekologie via Neatorama]