Mahoro is a general purpose robot co-developed by AIST and Yaskawa. It’s mission in life is to carry out dangerous lab work that was previously done manually by humans. Its jobs include culturing and dispensing with more accuracy and speed than a human can do it. Mahoro completes tasks better and in half the time. It also cuts down on accidents. 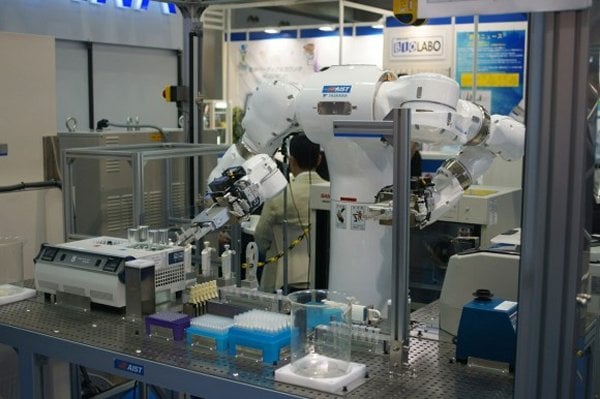 That last part is a real bonus when you are talking dangerous chemicals or nuclear material. This isn’t your typical factory robot since his arms have seven joints opposed to six or less. This extra axis means that the robot arms can replicate the elbow joint of a human and that gives him more flexibility. Moving like a human means that he is more efficient.

He’s already being used at some universities and pharmaceutical companies. The next goal is to make this ‘bot safe enough to work alongside humans – and hopefully not take their jobs.