For all of our advances in robotics, robots still have trouble reproducing the complicated movements of the human eye. We have not had the ability to effectively mimic the movement of our eyes, so researchers have been creating robots with unnatural eyes. However, now their eyes will be crafted more like ours. Researchers at Georgia Tech have finally created robotic cameras with a more natural eye movement thanks to piezoelectric cellular actuators. 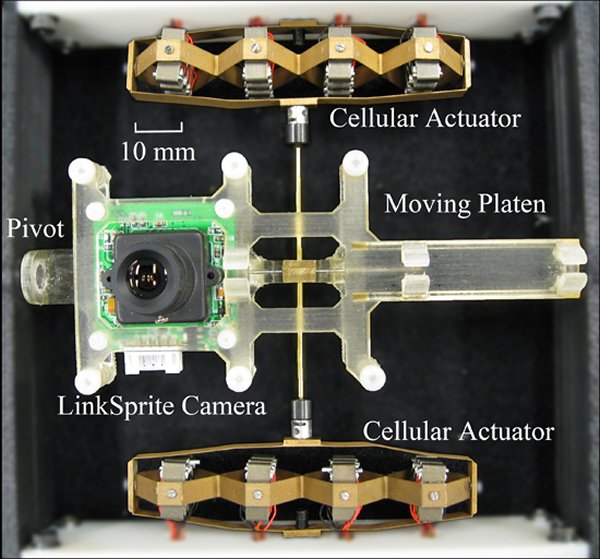 A piezoelectric cellular actuator is able to expand or contract when current is applied, which turns signals into motion in the actuator. The research is being conducted by Joshua Schultz and assistant professor Jun Ueda.

This research can lead to not only more lifelike robots, but better surgical robots and a host nof other applications as well. It’s a big step for robotics.