Damn! Look at the size of that hole in this Stormtroopers helmet. I think that before the shot was fired, this corpsetrooper heard a rebel utter, “You’re all clear kid, let’s blow this thing and get out of here!” So he turns and goes, “Huh?,” thinking that they are talking about blowing up a piece of equipment. But no. No. They were talking about your head. That sucks. 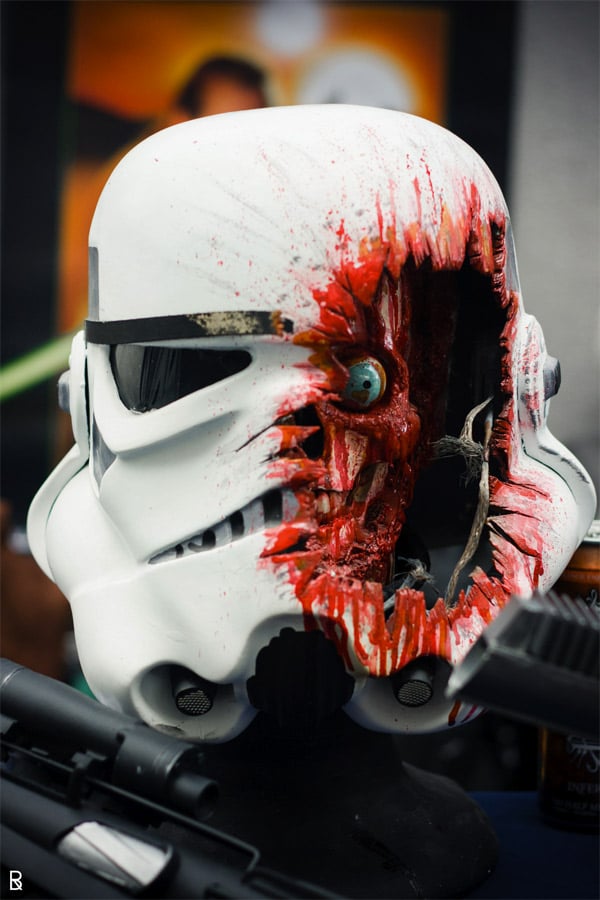 Seriously though, this is some gross cosplay people. This helmet was spotted at the recent London Film and Comic Con. It’s disgusting, yet I love it. What’s wrong with me?