We’ve seen androids that have crossed the uncanny valley in terms of their face. But what about their other parts? Well, thanks to 24-year old Nobuhiro Takahashi, you can scratch realistic butts off of that list. Takahashi has invented Shiri, a mechanical butt that responds to touch. 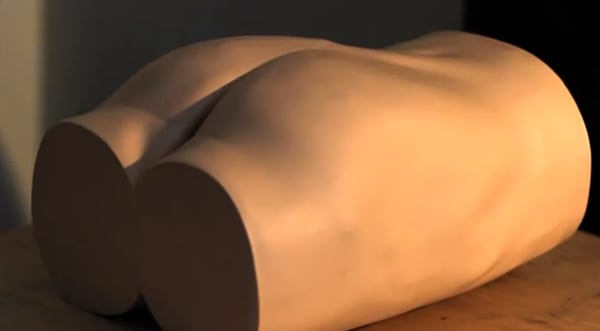 Shiri – Japanese for buttocks, and my prime proof in my theory that Apple Japan was facepalming when they heard the iPhone personal assistant’s name – has three main parts: a silicon skin, a pair of actuators and a microphone. The actuators serve as Shiri’s muscles while the microphone senses how the skin is touched. Stroke it and it will clench its cheeks; spank it and it will quiver. Yes this is very creepy, thanks for asking.

Takahashi says he invented Shiri because he’s aware that humans don’t just communicate verbally; we also have physical reactions or expressions. Takahashi also said that Shiri is a great starting point because our butts have large muscles and thus make more visible movements. I hope for his own sake that his friends and family believed him. Seriously though, I assume the rest of the world is now behind Japan in robotics, amirite?