Multiplayer modes are a big part of today’s games, but what would it have been like if we had an MMO of a classic arcade game back in the day? With mmoAsteroids you can find out. That’s right, you can now play Asteroids as a massively multiplayer online experience. Yes, it does sound intriguing. 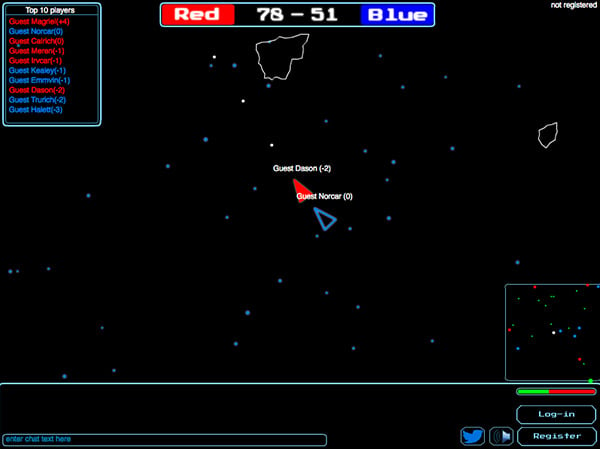 The game is a project by Paul Firth, who has been working on it for some time and right now it’s in “pre-alpha” state. That means you can play it right now, but it is by no means complete.

As it stands, the game consists mainly of flying around in your ship, shooting other little ships that are on the opposing team, shooting asteroids, or teaming up to control a large mecha ship. Eventually the plan is to have all kinds of missions and quests, but right now Firth is hoping to make some money so he can continue to finish it. So you can buy special skins for your ship too, if you want to customize it. With every little purchase, you are helping to finish the game.

[via Rock, Paper, Shotgun via Geekosystem]