Necomimi Launches the Product We’ve All Been Waiting for: Brainwave Cat Ears

I was sitting around the house the other day thinking what I really needed to make my life complete was a pair of articulated cat ears that I could wear on my head. I mean, I have a cool car, a gigantic television, and a sweet job (not this one mind you). The only thing lacking in my life is a nice set of giant plush cat ears. You can imagine how happy I was to notice that Necomimi has now officially launched its Brainwave Cat Ears in the United States. 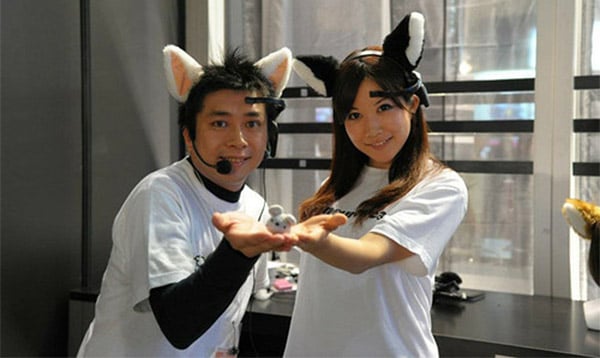 We talked about these things last year and apparently you could previously find them at certain geek conventions. Apparently, they will now come to other retail locations for you to purchase for $99.95(USD). The idea is that the cat ears are on a headband that has a sensor that rests on your four head to read your brainwaves. The ears will tell other people what you’re feeling so you don’t have to bother with stupid stuff like talking to people.

The cat ears are able to show three emotional states. When something catches the wearer’s attention, the ears stand straight up. When the wearer is relaxed, the ears will droop down. When the user is both highly focused and highly relaxed the ears wiggle back-and-forth. Sadly it’s missing the indicator for “I’m going to dust you with bath salts and chew your face off.”