Marvel unveiled Tony Stark’s new signature armor for the upcoming movie Iron Man 3 at the San Diego Comic-Con, and it has more gold – caramel? – than crimson. It looks like he’s molting into a golden butterfly. An alcoholic genius billionaire butterfly with jet boots. 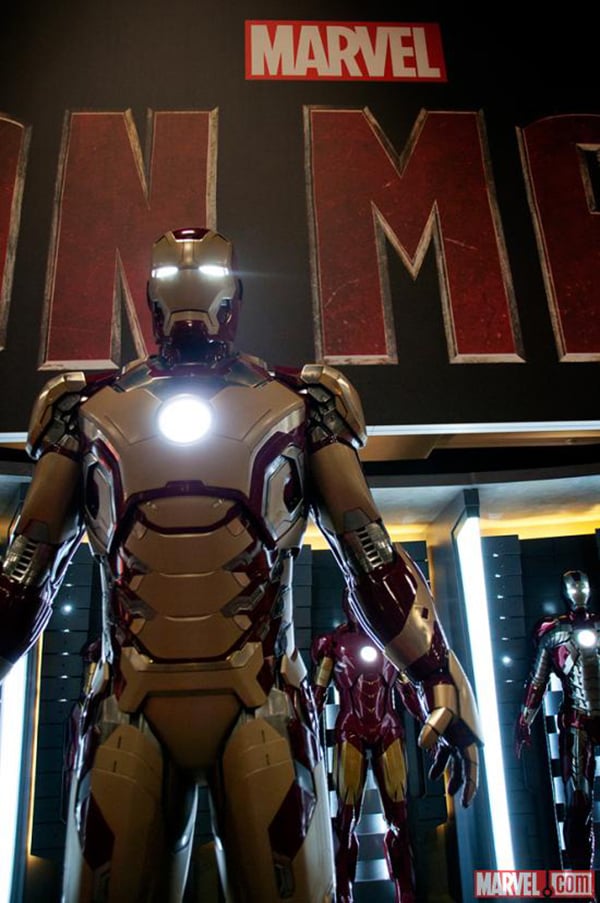 Here’s more of the images. I hear they were taken by a new villain, Off-Center Photography Man. 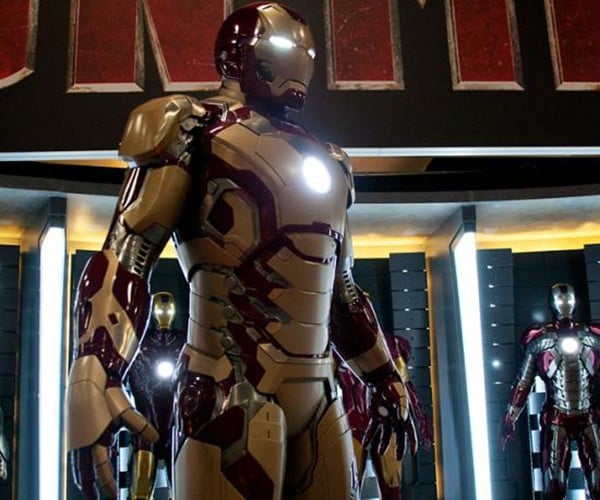 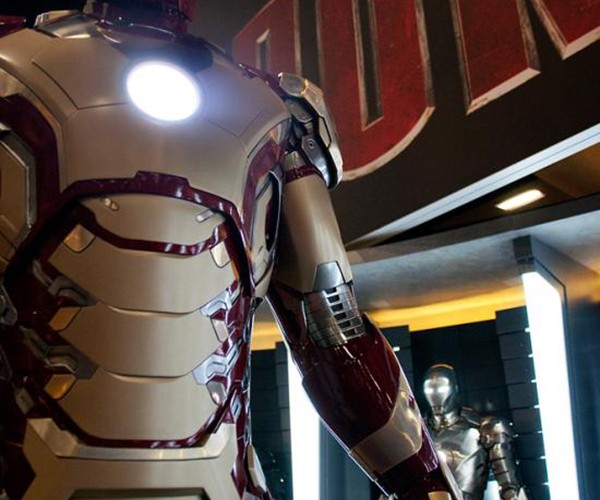 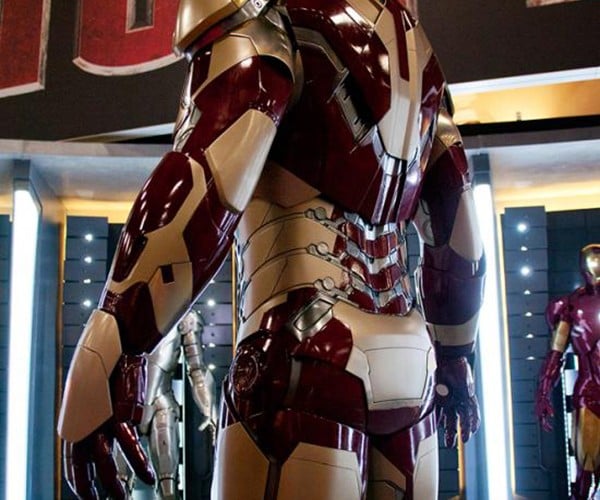 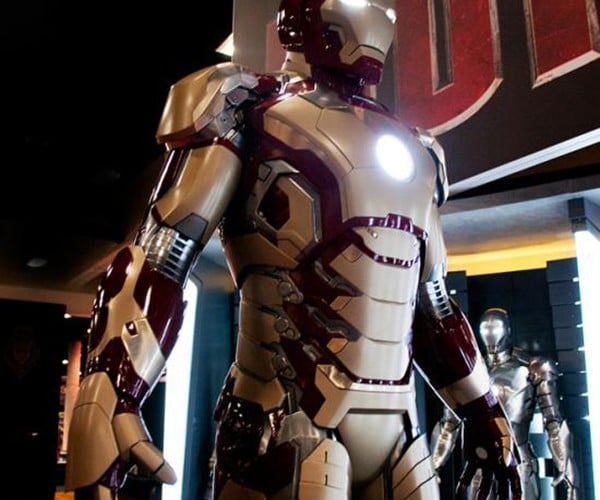 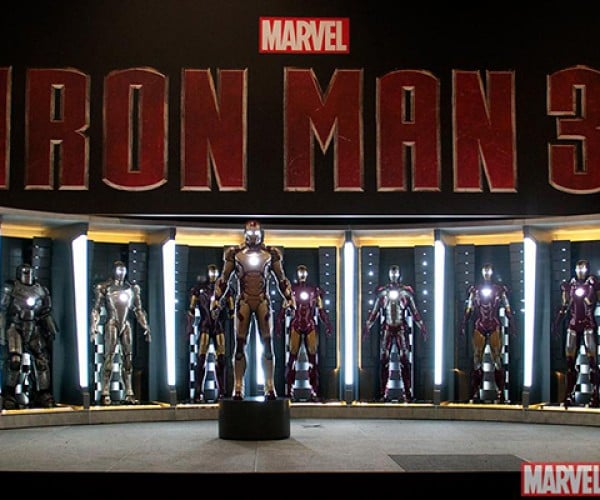 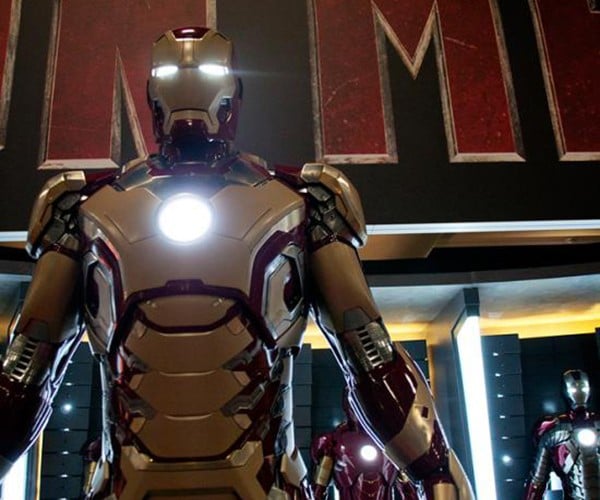 Wired also shot a small clip of the armor on their site. In other news, Marvel held an Iron Man costume contest for kids at the Comic-Con. The winner? Iron Man.