With Lion and the upcoming Mountain Lion operating systems, Apple is continuously integrating features from its mobile OS to the desktop experience. Does it mean that a touchscreen iMac is a good idea? I still don’t think so, but you can decide for yourself with the help of the Zorro Macsk attachment. 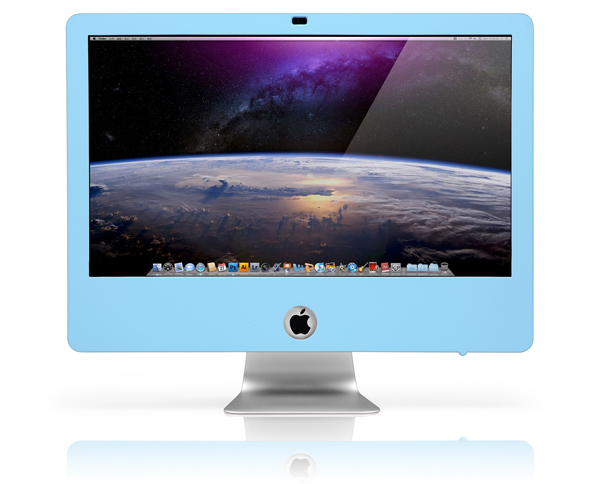 The Zorro Macsk is a frame that is placed over the iMac and plugs in via USB. It has no screen of its own, rather it uses infrared sensors to detect input. While it won’t turn your computer into an expert swordsman, it does support the same multitouch gestures that you can pull off on the Magic Trackpad, so it is a bit practical.

I think it’s nice to be able to use it to switch between Spaces, but other than that I don’t see any great benefit for a touchscreen iMac, unless you happen to like the look of greasy fingerprints on your screen. The Zorro Macsk is currently only available for the 21.5″ iMac., and you can order it on Amazon for $199 (USD).