The season five premiere of Breaking Bad aired last night, and if you watched it then you know that it was as good as it has always been (I won’t spoil it for those of you who still haven’t seen it.) The show is as addictive as the meth that Walter and Jesse make after all. A lot of people like nail artist Kayleigh O’Connor have just recently started watching the show. She caught up fast of course. AND she decorated her fingernails for the season premiere. 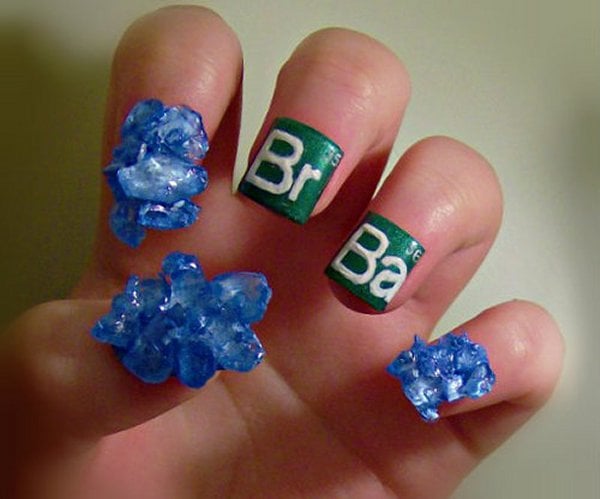 Wow, she must really love the show. Her nails all have some of the show’s elements, like the logo and some fake “Blue Sky” meth. Walter White would be so proud.

Watching the entire first four seasons within a short period of time pretty much ruined her work schedule, so she deserves some cool nails.