Guys, correct me if I’m wrong here. But based on what I’ve seen, I think it’s safe to say that a girl’s closet size is usually two to three times bigger than that of a guy’s. So if a guy has a pile of clothes in his closet that he probably won’t wear anymore, multiply that by two or three times to get the girl’s version.

Some folks over in London, England decided to take these stacks of clothing out of their closets, and instead them it over the sides of buildings, not for fun, but to encourage people to recycle their clothes. 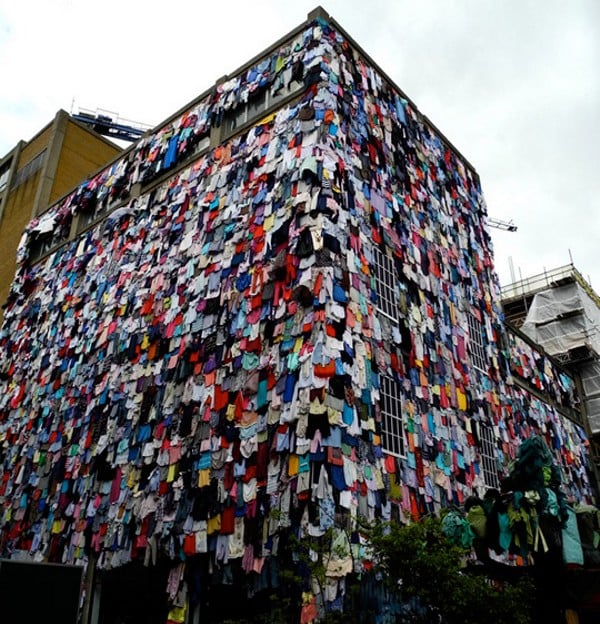 However, that said, I just don’t get how hanging clothes outside of a building pushes that point across. But it did generate a lot of attention, which is what they were gunning for in the first place? 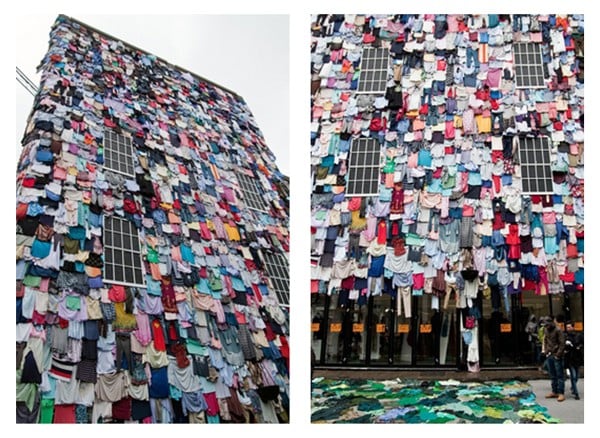 Anyway, the campaign was launched by department store Marks & Spencer and is called ‘Shwopping’. The goal is to get people to combine shopping and swapping. Basically, it’s a recycled clothes drive, with M&S placing over 1,200 boxes in stores across the UK for people to drop their unwanted articles of clothing in.

The donated stuff will then be handled by Oxfam, who will resell, re-use, or recycle the clothes.