Gauntlet Keyboard: Your Hand is the Keyboard 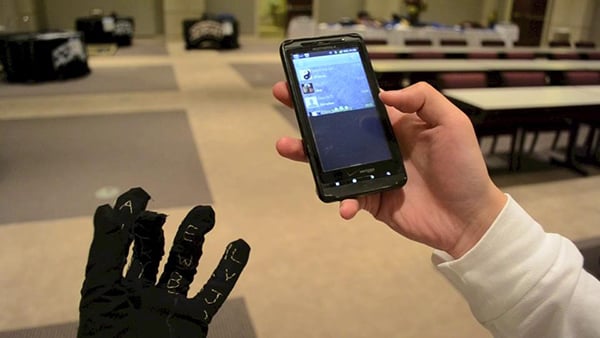 The glove was conceptualized by Jiake Liu, who was inspired by sci-fi movies Children of Men and Minority Report. The glove pairs with devices via Bluetooth, which makes it convenient. What doesn’t make it convenient is the position of the letters, which are scattered all over the glove.

It appears that Liu and his peers invented G.A.U.N.T.L.E.T. as part of a school project, so even though the device itself isn’t that practical I am still thoroughly impressed. Liu imagines a future where the glove can be used to operate almost any device: “Need to microwave something? Touch the microwave oven with GAUNTLET (version 10), and through NFC (near field communication) you are paired with the oven, whose interface will pop up on your glasses, and you can use GAUNTLET to set the cook time.  Need to print something? Touch the printer, and now you can control the printer. Etc.” But if you need to type something? Stick with your phone’s keyboard.