If you’re a fan of space exploration and you own an Xbox 360, a cool new video game has landed just for you. NASA has announced a new video game that came from the NASA-Microsoft partnership intended to help raise awareness for the Curiosity Rover that will be landing on the surface of Mars soon. The game is free and is called Mars Rover Landing for Microsoft Xbox Kinect. 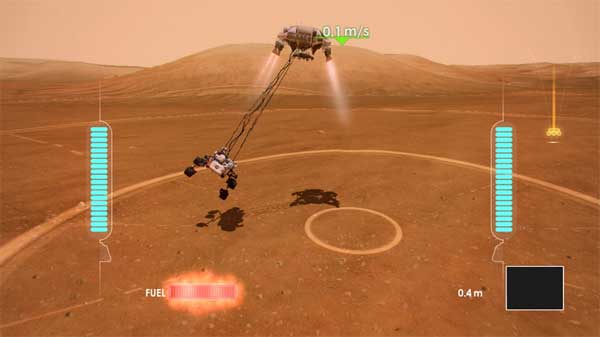 The game will only work if you have a Kinect because the motion controller is used for the video game controls. The idea is for users to use their body and gestures to guide the Curiosity Rover to a safe landing. The rover landing craft has limited fuel and the goal is to place Curiosity as close to the center of the landing zone as possible before the landing craft runs out of fuel.

The video game also ties in with the NASA 7 minutes of terror landing sequence that the Curiosity will go through as it enters the Martian atmosphere.