Relive the glory days of the Final Fantasy series with these Final Fantasy III (aka Final Fantasy VI) dialog box magnets. Those were the days when characters were interesting and not annoying, when you knew who your actual enemy was and were not treated to surprise boss switcheroos, when you could understand what the hell anyone was talking about. Dammit Square what happened? 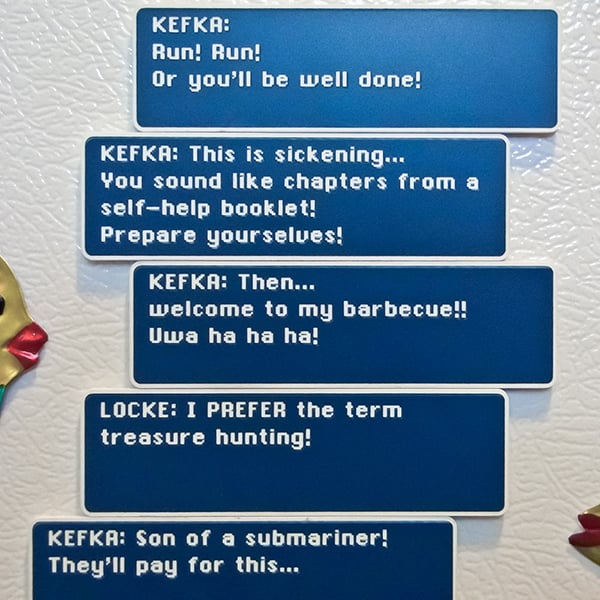 The magnets are made of acrylic, and although it looks like it at first glance, the text is not printed on paper. It’s actually etched into the blue surface coat, and there’s even a drop shadow on each character, just like in the game. You can choose to buy magnets that contain actual dialogue from the game or send your own quotes. If you choose the former you’ll see that the line breaks are exactly how they appear in the game. 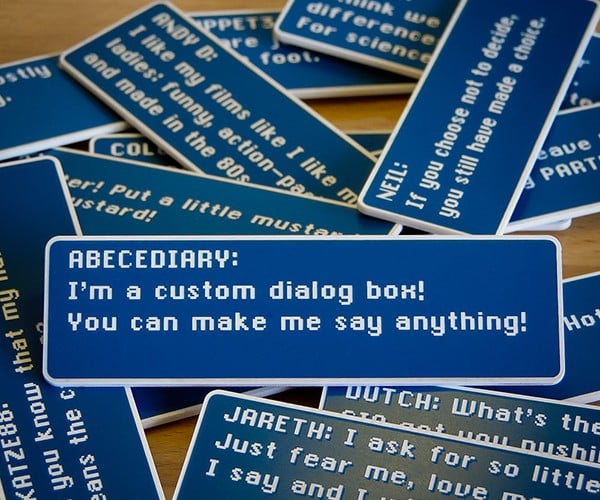 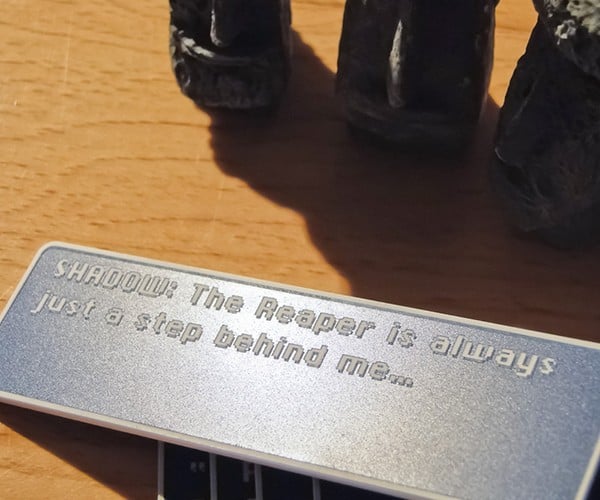 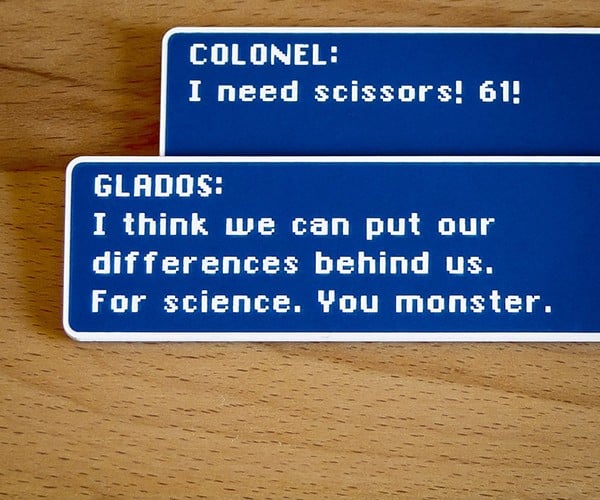 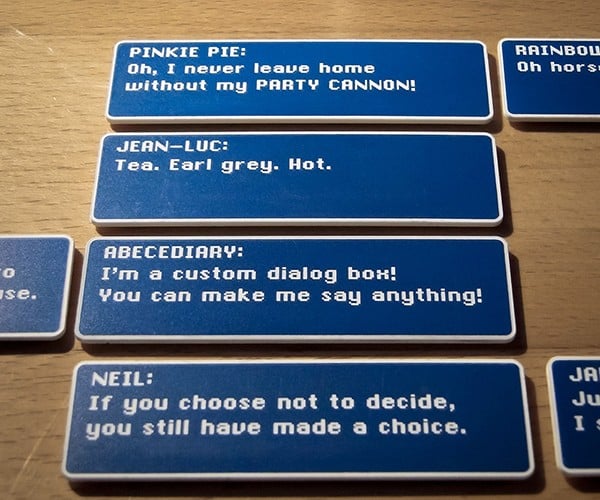 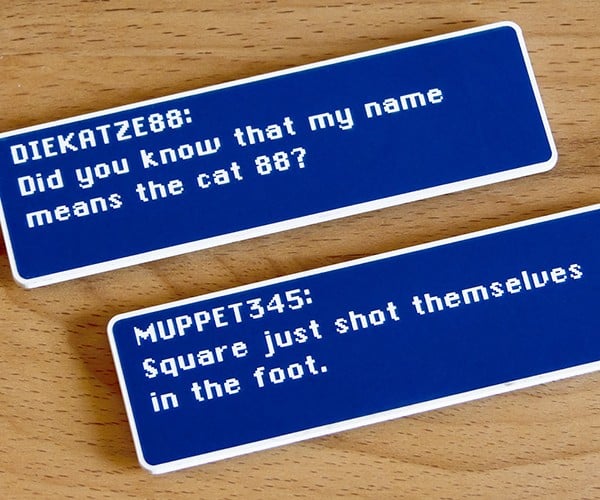 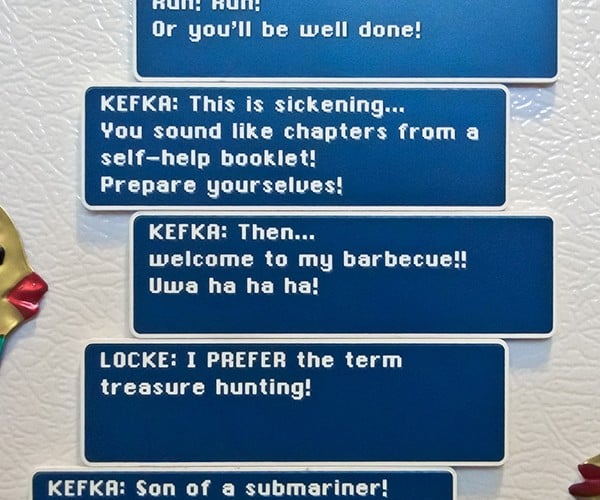 Ride a flat airship and head to Abecediary on Etsy to order the magnets. Prices range from $6 to $20 (USD) depending on the type and number of magnets.