Tusken Raider Pushes a Pod Racer Stroller – Why Not?

The last time we saw a Tusken Raider and a Pod Racer together, the Raider was shooting at it. That’s not the case here. Either things got so bad in the race that he ended up pushing it and refuses to give up or he’s just starting this kid off young, hoping to make him a Pod Racing champion. 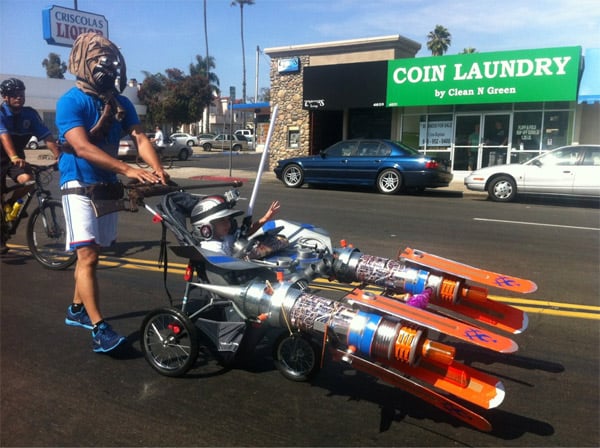 This Tusken Raider is not wearing the traditional gear of his people either, unless there’s a Nike Store on Tatooine now. This custom-built Anakin’s Pod Racer baby stroller was spotted being pushed in the last leg of the “Course of the Force” race in San Diego.

That Pod Racer looks sweet though. Look how shiny it is. And the little Anakin has a lightsaber at the ready just in case any other racers try to pass him.