Most girls I know avoid latex clothing with every inch of their souls, but here’s one dress some geeky girls might consider if it weren’t so expensive: the Star Wars Latex Dress. It’s every Star Wars fans’ dream dress, whether they’re female or male with a girlfriend who’s also a fan of the hit franchise. 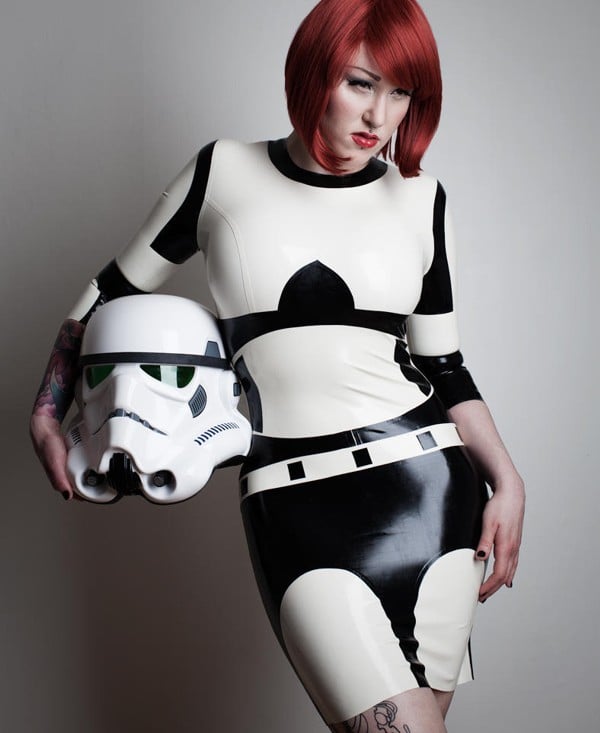 Who knew Stormtroopers could be so sexy? I never imagined that I’d be using the words ‘stormtrooper’ and ‘sexy’ in one sentence, but there you have it. The dress is made by Shhh Couture Latex, who has a shop on Etsy where you can view all sorts of other latex-derived clothing, including a rather naughty R2-D2 bodysuit.

The Star Wars Stormtrooper Dress sells for $595(USD), and each dress is made to order to your exact size.