Wonder How It Feels to Be 75 Years Old? Then Wear the Age Man Suit

When I was a kid, I wanted to be older. Now that I’m somewhere in between young and old, I find myself wishing more and more that I were a kid again. That’s life, I guess.

None of my wishes had anything to do with the physical, though. But if you ever found yourself wanting to actually feel older (although I wouldn’t get why), then there’s a way to actually do that: just put on the Age Man Suit. 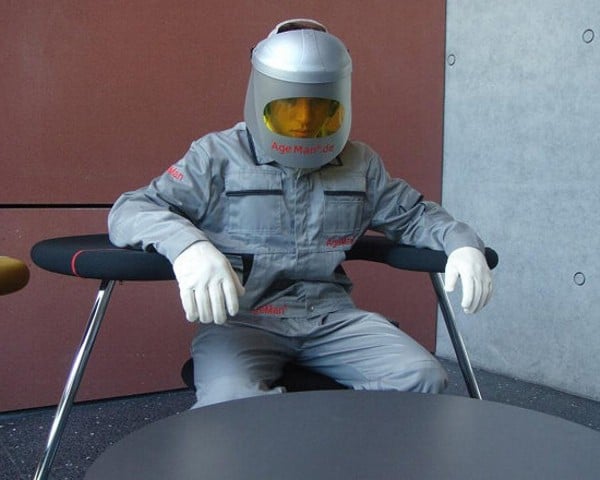 Developed by Rahel Eckardt from the Evangelical Geriatrics Center in Germany, the suit lets anyone who wears it feel like a 75-year-old (or older) person. It bears 22 pounds down onto the wearer, making him or her feel what it’s like when they reach that ripe, old age. The helmet also deadens sound and has a yellow visor which blurs vision.

It was designed to give physicians and caregivers a sense of what the elderly feel like to encourage empathy. That is one thoughtful intention carried out with an equally ingenious idea.

[via TheGuardian via Dvice]