There are a lot of rare Star Wars collectibles that are worth money, but usually they are toys and costumes and the like. Some obscure items like this 1978 promotional poster you see here are also worth a lot for some reason. The poster shows C-3PO and R2-D2 carrying musical instruments. It basically looks ridiculous, but despite that, it’s expected to sell for between $5,000 and $8,000 at auction. 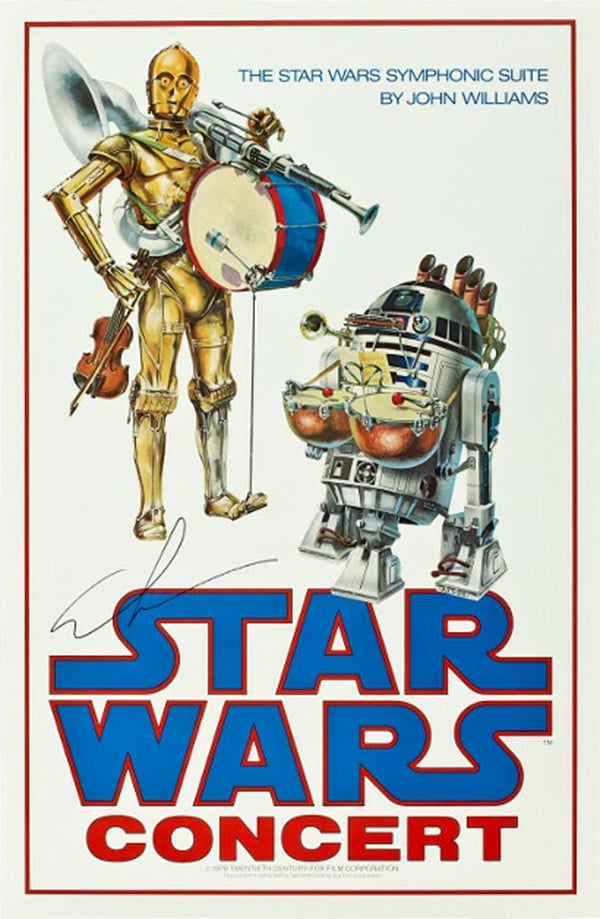 The poster was created to promote The Star Wars Symphonic Suite by composer John Williams. So why is it worth so much? Well, it’s rare to begin with and it is also signed by George Lucas. Plus it was designed by John Alvin, who made some of the best movie posters ever made like Blade Runner, E.T., and Gremlins for example.

If you have the money and like the poster, now is your chance to own it. Head on over to Paul Fraser Collectibles for more information on the auction.

[via Bit Rebels via Geek]