I hope you liked my use of the word “moviegoer” in the title, since it is a real word. Just like “perfooligan,” a word that describes someone who is the perfect hooligan – the epitome of being a moron. (I take that spot, if you were wondering, so don’t even think about it.) This Buttered Popcorn Vodka opens up so many possibilities! Too scared to watch the Saw movies? NOT WHEN YOU’RE BOOZED OUT OF YOUR MIND! You know what – let’s just go crazy right now. We’re going to make some Toaster Strudel, and it’s three in the morning, and it’s not even three in the morning, because the only time I see is TOASTER STRUDEL TIME. “How many?” How many times I vomited or how many bottles of popcorn vodka? 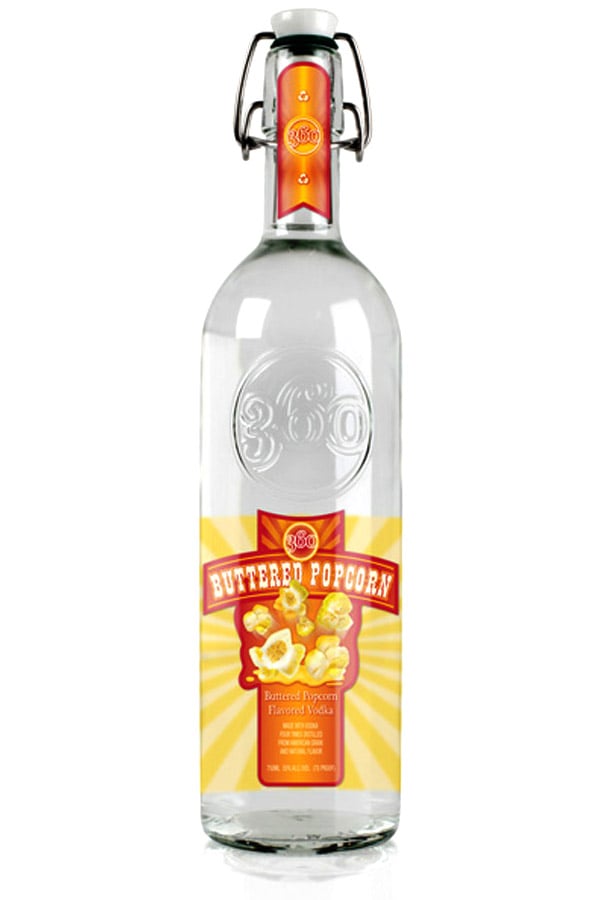 You know, this is the weirdest thing I’ve posted about in a while, and I make some weird posts. I put a picture of a forty year old man in lizard body paint on my Tumblr, and guess what? SO MANY REBLOGS. I took a tip from Charlie Sheen, and it turns out that being BLAZED all of the time is the best time for creativity. *Tries to balance a shoe on someone’s nose*

Please, my friends, drink this Buttered Popcorn Vodka responsibly. Don’t make a fool of yourself as I did in the last couple of paragraphs, and never…. ever… use Twitter while you’re intoxicated. Those things shoot out into the internet-o-sphere, and you can’t get them back. EVER. That picture of your special area is probably on every Twitter feed in the state by now – even Anthony Weiner is laughing at you, and his last name is an informal term for male genitalia.

You can get the Buttered Popcorn Vodka for $13 at a place called The Party Source, if you’re into that kind of thing. I’d much rather that you didn’t waste your life by drinking it away, so I’ll give you a few articles to feast on instead: the Beard Cozy for your beer cans and Star Wars Water Bottles. I just saved you thirteen bucks, friend.