DirecTV and Viacom Finally Come to an Agreement, Nick Returns

DirecTV and Viacom have been battling over contract negotiations for over a week now. Viacom had forced DirecTV to pull all of its networks including Nickelodeon, MTV, VH1, and Comedy Central from its satellite TV service. Negotiations have been ongoing between the two companies and Viacom has announced that a deal has finally been made. 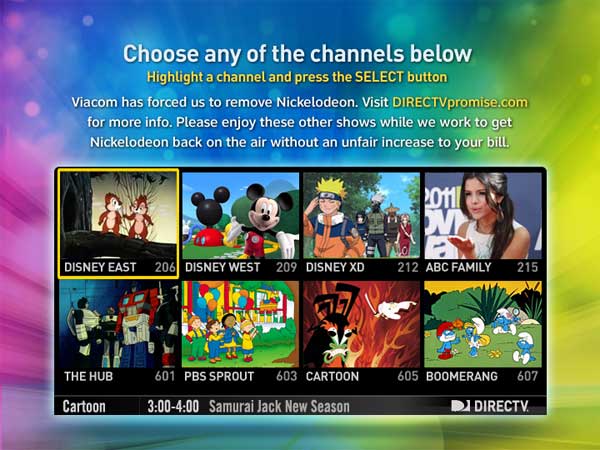 The terms of the deal haven’t been announced. All 26 channels available once again on DirecTV as of this morning. Viacom notes that DirecTV also has the option to add its EPIX movie network to its channel lineup.

Interestingly, DirecTV claimed this week that Viacom’s insistence that it pay $500 million to carry EPIX was the reason negotiations had reached an impasse. It seems that Viacom backed away from that condition and Spongebob Squarepants has been restored to homes around the country.