Got Lazy Fingers? Now You Can Play Pong With Your Eyes

I once bruised my thumbs after a night-long marathon playing Tekken 3 with my college buddies. It was torture to go back to school the next day and hurdle through a pop quiz that served up mostly essay-type questions.

Bruised fingers are probably nothing new to you if you’re a true blue gamer. But if you’re itching to play something – anything! – while your digits are out of commission, then how about a game of Pong which you can play with your eyes? Sounds unreal, but it’s not. 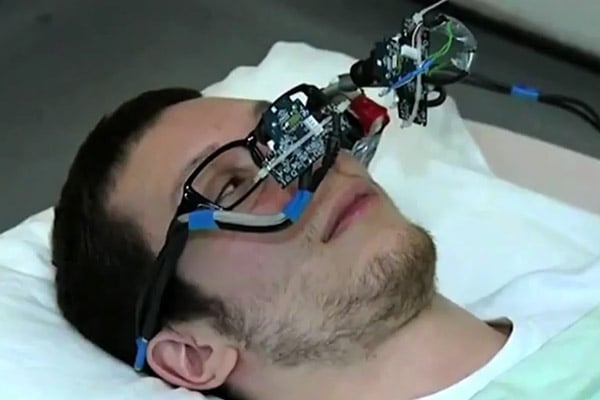 Dr. Aldo Faisal and his team from the Department of Computing at UK’s Imperial College took some glasses, tweaked them and rigged them with circuitry to track eye movements in 3D. And voila: wearers can now play Pong simply by donning the glasses, and looking where they want the paddle to move.

The glasses weren’t made specifically for playing retro arcade games, though, as the researchers came up with them to help people with mobility or motor control issues like MS or Parkinson’s to issue commands with their eyes. And as the video shows, it’s definitely promising.

[via Gizmodo Australia via Dvice]