Lorenzo Maggiore has come up with a sweet middle ground between fly swatters and pesticides. His invention is called Bug-A-Salt, a pump action gun that uses ordinary table salt as projectiles. It looks so fun to use you’ll wish your house had more pests. Or not. 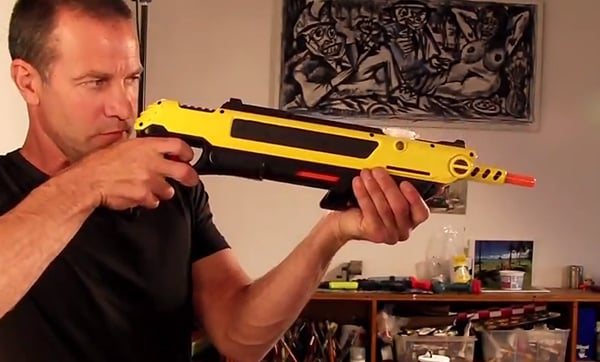 The gun has a small effective range, about 3-5ft, but it’s not like you go much farther when you’re using a swatter or a pesticide spray. Speaking of pesticides, the salt means the gun is safe to use even in the kitchen. But it’s still not safe to shoot it at someone’s face. Plus it’ll be less weird to play with the Bug-A-Salt than with a can of Raid.

A pledge of at least $30 (USD) on its IndieGoGo fundraiser gets you a Bug-A-Salt. As of this writing it’s already garnered more than twice its $15,000 target, and that’s with 51 days left, so people are as excited as I am about this device. Check out its official website for more information.