Trash Can Chases After Garbage, Renders an Office Game Obsolete

If you thought the remote-controlled trash can was neat, wait ’til you see this ingenious invention. It actually catches anything you throw in its vicinity, aim be damned. It wasn’t made in Soviet Russia though – this one’s a Japanese hack. 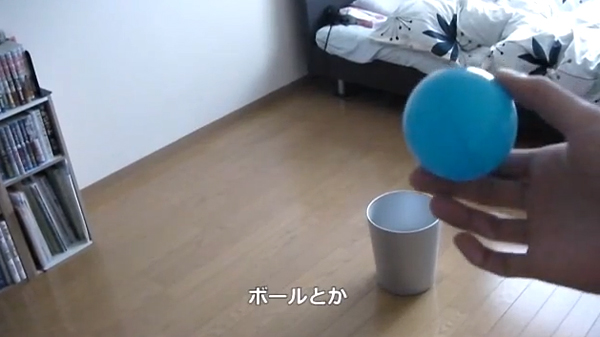 You can skip to about 2:24 in the video below to see the trash can in action, but I suggest you watch the entire video to see how it “works.” Apparently the trash can is equipped with three wheels that can be wirelessly controlled or activated. A custom program uses a Kinect to detect the path of a thrown object in order to activate and direct the wheels. I have to say that this is all conjecture on my part. For all we know this could be just like the Wipeout toy video, which was awesome but fake.

That looks sooo much fun to play with. I hope this is legit and someone makes a retail version of it. It did make me realize one more thing – robot athletes will be boring, because they’ll be perfect. Imagine a game of baseball with accuracy like this.