Hey look! The Doctor fixed the Chameleon circuit. It doesn’t look like a Police Box at all now. More of a Police Shed. However, you’ll notice that that Dalek isn’t fooled for one minute. Unless he’s just after some pruning sheers or something. 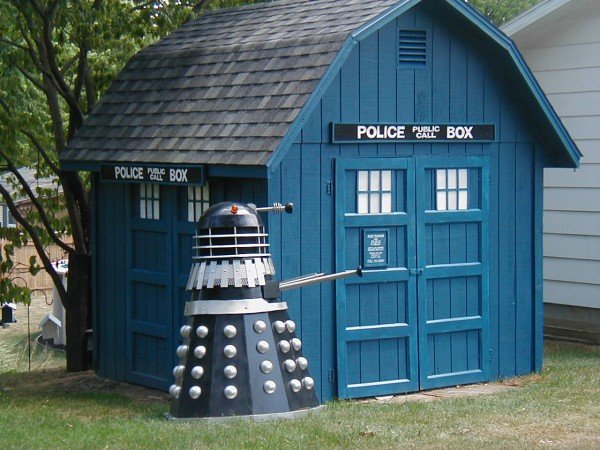 This is a nice bit of TARDIS art. It was actually completed about a decade ago, but the man behind the project, Tardisbuilders user Einstein19, is just getting around to sharing it with the world now.

That only makes sense. He was clearly busy exploring time and space with some hot young companions. Hey, if I had a TARDIS shed, I would have done the same. The internet can wait. Any neighbors who come over to borrow tools naturally get sucked into an adventure or two. That will teach them.

[via Walyou via Nerd Approved]