Wi-Fi Extending Robot: Not the Hero We Deserve, But the One We Need

A group of students from Boston’s Northeastern University have built a robot that should become every gadget lover’s best bud. Why? Because this unnamed hero is a mobile Wi-Fi hotspot. It can even extend its network by dropping wireless repeaters. 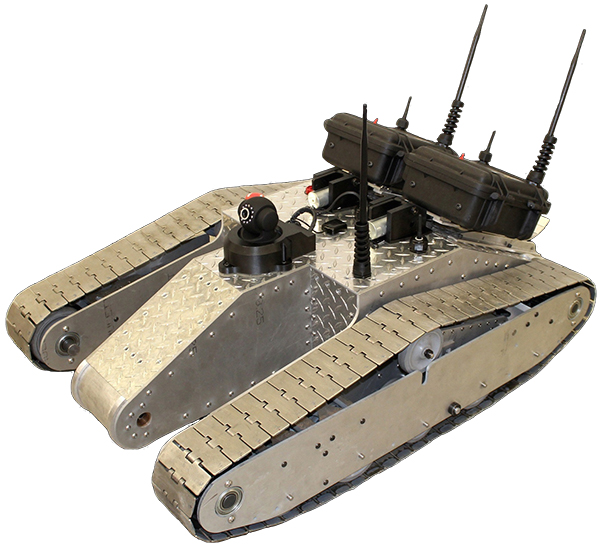 We have Glen Chiacchieri and “seven other computer and electrical engineers” to thank for designing and building the robot. Except for its treads, all of the robot’s parts were custom made from aluminum. It’s quite tough; as you’ll see in the video below it can even ferry an adult human. But adult men can’t connect you to Facebook and Twitter, so Chiacchieri and company installed a router on it instead, along with a webcam, a GPS module and two routers converted to repeaters.  The robot can be controlled on the very network that it deploys, using a web interface that Chiacchieri coded.

All that’s missing is a USB charger and a six pack of your favorite beverage, and that’s good enough to be called Man’s Best Friend 2.0. I highly recommend that you read Chiacchieri’s blog post to learn more about the project and the robot’s capabilities. He does swear quite a lot in the post, so be warned. Although I would too if I built something this awesome. I wonder if these engineers can build a drone version of the robot.

[Glen Chiachhieri via Geek via Botropolis via Geeky Gadgets]