Sometimes it’s mind-boggling how companies are able to come up with solutions to problems that seem pretty trivial at first glance. A perfect example is the Camitool, an automatic toilet paper dispenser which was probably developed in response to all the complaints that germophobes unleashed against having to use toilet paper that (ick) others have already touched. 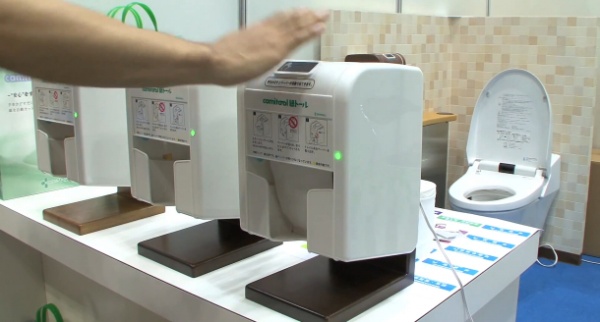 We’ve already got automatic faucets, automatic soap dispensers, and automatic hand dryers in public restrooms. So why not automate one more thing so that people will virtually not have to lay their hands on anything at all?

On a serious note, it actually does help people with rheumatism grab toilet paper without the pain or the hassle. And the less hands that touch it, the cleaner.

Users can program just how many inches of toilet paper to dispense before having Camitool automatically cut it. Several Japanese hospitals already have the Camitool installed, but it might take a while before we see this hit public restrooms on a massive scale, no thanks to its 60,000 yen (~$765 USD) price tag.