Beicho Katsura III is a rakugo master and is kind of a Living National Treasure in Japan. Rakugo, for those who don’t know, is an early Japanese form of entertainment. Basically, a storyteller. This guy sits on stage and uses a paper fan and small piece of cloth as his only props. The Rakugoka uses these as he narrates a long story. The robot seen here wants to take his job, like so many robots are apt to do. 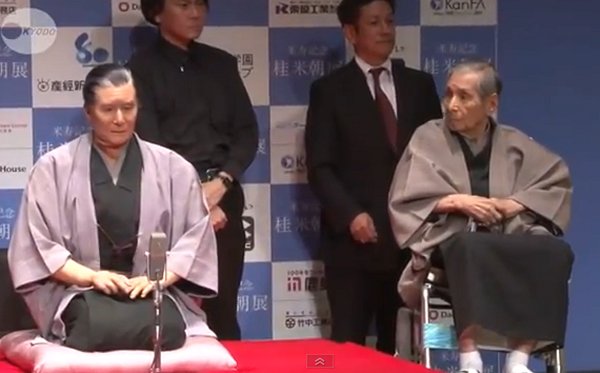 This robot was created to honor the 86-year-old Beicho Katsura III and is the work of Osaka University professor Hiroshi Ishiguro and makeup artist Shinya Endo. The million dollar robot mimics the great storyteller pretty well with its head movements and facial expressions. It’s the usual creepy uncanny valley stuff and at times (maybe it’s just me) it looks just like Regis Philbin.

The Beicho Android will perform hourly impersonations of Beicho Katsura III at the Sankei Hall Breeze next month. Don’t miss it if you are in the area.