Using cassettes to create mixtapes was a fun time to spend an afternoon when you were a kid. There’s something oddly pleasing about this analog media format. Thankfully, if you’ve got a MakerBot in your shed, you can make a modern version of the mixtape, by 3D printing an MP3 player in the shape of a cassette. 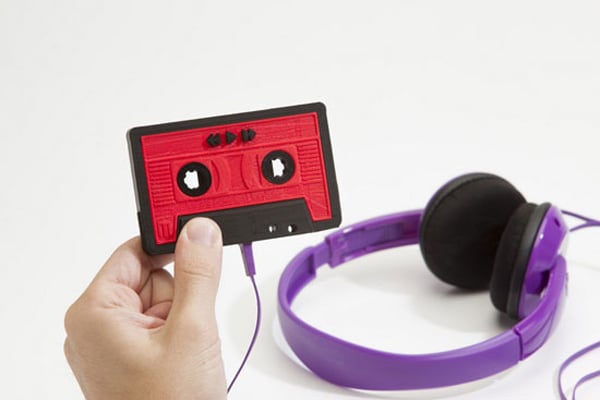 The MakerBot Mixtape looks like a cassette tape, but it’s actually a 3D-printed MP3 player with 2 GB of storage. It has buttons for play, pause, forward and backward. The charge lasts four hours and a USB cable is used to charge it up. Keep in mind that its the case that’s 3D printed, and the electronic circuitry inside is most definitely  not. 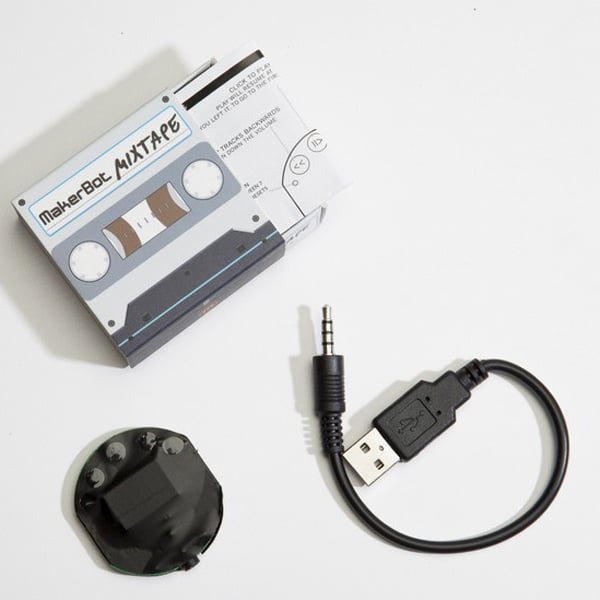 If you’ve got a MakerBot, you can print it in a number of different colors and designs. You can get a kit for $25 (USD). If you haven’t got a 3D printer, then you can buy one already made up for $39.