I wasn’t aware of the fact myself, but apparently Jaeger-LeCoultre watches have had cameos as part of Bruce Wayne’s wardrobe in several Batman films through the years. It makes sense. Only the best for Bruce Wayne. And money is no object for Gotham’s leading billionaire. Now, to honor the release of The Dark Knight Rises, Jaeger-LeCoultre has come up with this tribute Reverso chronograph. 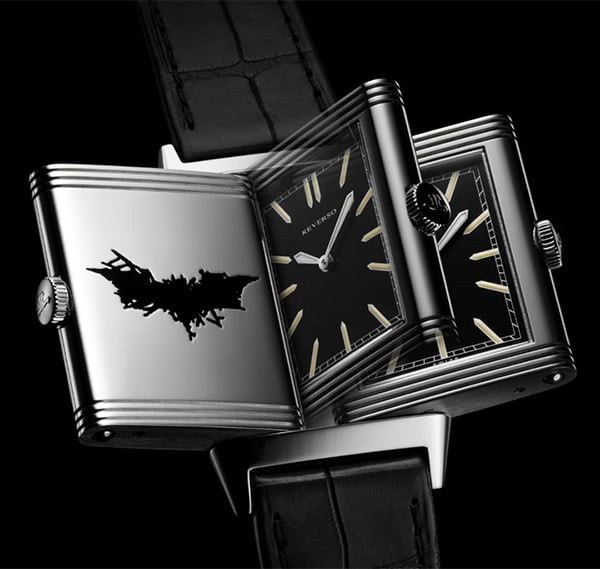 This watch is similar to the one worn by Christian Bale in The Dark Knight Rises. This very special piece features an engraved bat logo on the back, instantly making it a geek classic.

If you want to see some of the watches worn on screen by Batman himself, you can check them out at specialty JLC boutiques in Geneva, London, L.A., and Hong-Kong. They don’t mention the price, but I’m certain they’re too rich for my blood – but damn if they aren’t nice to look at.