LED Etch-a-Sketch Lets You Draw Your Own Lamp

We’ve seen a variety of hacks and mods based on the Etch-a-Sketch, but none of them messed with the way it makes images. That’s exactly what Christopher Monaco did. He built his own take on the drawing toy, but instead of aluminum powder he used LEDs. 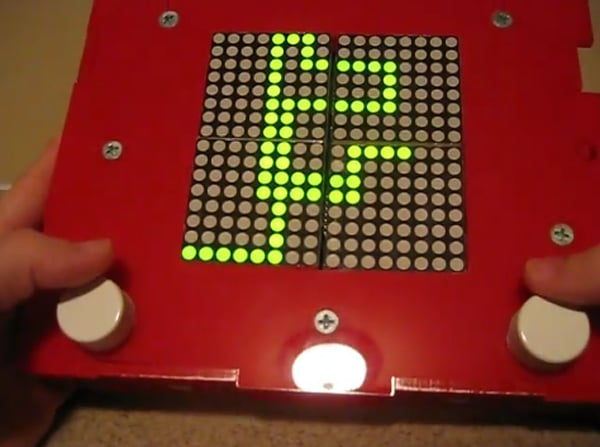 Because Monaco built his toy from scratch, the project is quite complicated. He used a variety of electronics from Sparkfun and Digikey, including an ATmega328P microcontroller, four 8×8 LED matrices and a MintyBoost kit. Then he designed the logic and the drivers for the board and the matrices, wrote custom software and made his own enclosure. Here’s the product of his efforts:

The funny thing is that the toy is more technically advanced, yet functionally worse than the original. But as with most hacks and mods, half the fun is in building it. Plus Monaco can always improve on his model, maybe make a larger one with different colored LEDs and so on, and before you know it he’ll have an LED version of Photoshop.

[via Instructables via MAKE]