I really like my DSLR camera as far as the photo quality goes, but I hate lugging that heavy beast around. I’ve had an eye out for a new more compact digital camera that can offer similar image quality and many people are doing the same thing. Samsung has announced that it is now shipping its NX1000 SMART camera system promising professional image quality and more in a compact package. 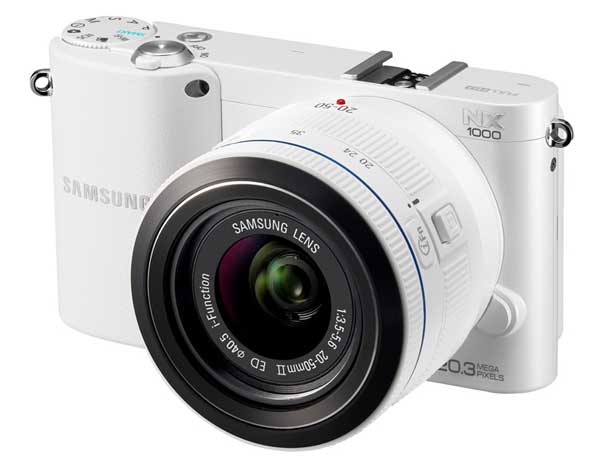 The mirrorless, interchangeable lens camera comes with an all-purpose 20 to 50 mm lens and an external flash. The rear LCD is a three-inch, VGA resolution screen. The large APS-C image sensor has 20.3-megapixel resolution and the shutter is very fast at up to 1/4000 of a second. That means you can actually get shots of your kids rather than just an ear or an elbow. In addition to hi-res stills, the camera can record 1080p (30fps) HD video

One of the coolest things about the NX1000 for me is that it has integrated Wi-Fi which allows you to instantly share photos on your favorite social networks or save them to a computer to free up more space on your memory card. The camera has a dedicated Smart Link Hot Key on the top for shooting photos to another device via Wi-Fi. The camera comes in black or white bodies (and is coming soon in pink) and is available right now for $649.99(USD) over on Amazon.