If you grew up in the 80s, you saw E.T. at least a few times – it was practically required of any child of the era. Depending on how old you were, you may have even had some of the tie-in toys, including the bike with the plastic alien sitting in the milk carton up front. Now, E.T. is celebrating its 30th anniversary (if you can believe it) and will be coming to Blu-ray for the first time on October 9th. 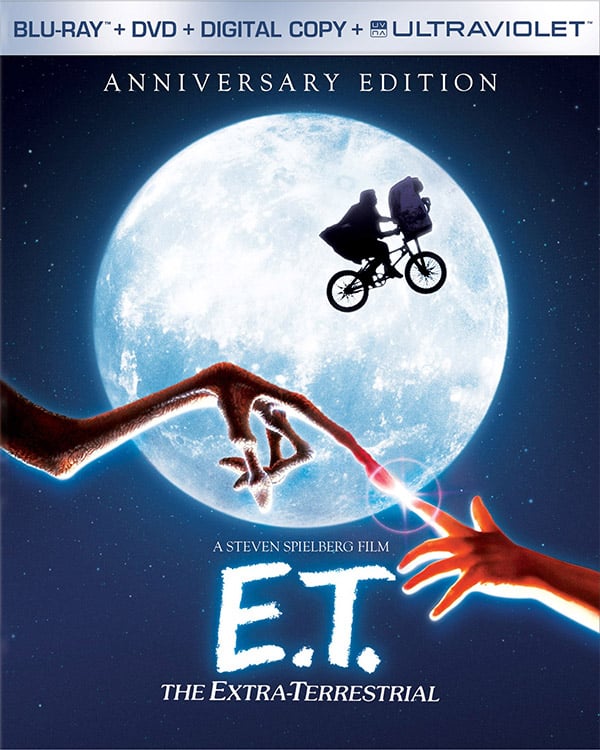 The special edition Blu-ray will include the complete 1982 theatrical movie and is a combo pack with the Blu-ray, DVD, digital copy, and Ultraviolet copy of the film. The movie has been digitally remastered for Blu-ray and supports 7.1-surround sound. Special features of the movie will include The E.T. Journals with never before seen behind-the-scenes footage.

Other extra features will include a cast reunion and interviews with Steven Spielberg. One of the things I’ve always wanted to see are the scenes that were cut from the film with Harrison Ford. I’ll certainly be buying the movie so I can watch with my kids, as this is one of my favorite movies of all time. You can pre-order the disc set over at Amazon now for just $17.96(USD) – that’s nearly half off the $34.98 list price.