RPG-7 Bottle Launcher Will Eat Your Nerf Guns for Breakfast

Bottle rockets are usually made in the likeness of rocket ships. The RPG-7’s ammo on the other hand, while still made of a bottle, imitates a different kind of rocket: the weaponized kind. 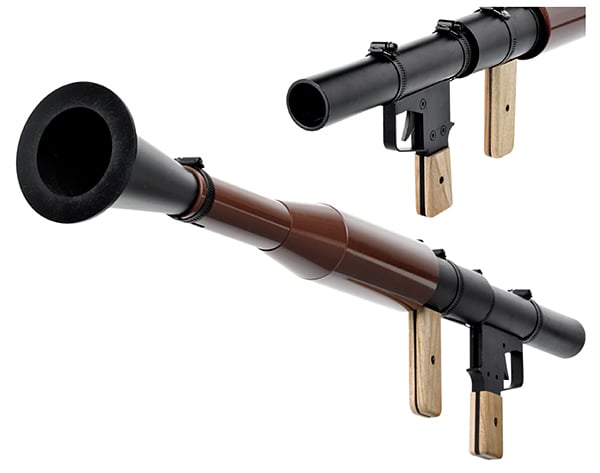 Made by Japanese company Maruda, the RPG-7 PET Bottle Launcher is meant to be used only with 1.5L soda bottles that have been filled with water. To give you an idea of its potency, when shot at a 35º angle the toy can launch a bottle filled with 0.6L of water up to a distance of 35m (approx. 115ft). That’s a vague idea, so here’s a more concrete one:

The point is, don’t aim this at people or there will be blood.

Maruda also says that there is a significant recoil when firing the launcher, which I guess adds realism but could also add accidents.

Currently it seems like the launcher is available only in Japan, but there are ways around that. Maruda is selling the RPG-7 for ¥28, 350 (~$361 USD). You can also order individual parts on Maruda’s website, including a cone warhead for the bottle.