Fancy up Your Breakfast with the Louis Vuitton Waffle Maker

I think one of the reasons why designer branded stuff is so sought-after is because of the often ludicrous price tag that they carry. (Note that I said that was only one of the reasons, because others could also appreciate it’s beauty, design, and craftsmanship.) Take, for example, a Louis Vuitton handbag. You can buy one tote for close to a thousand bucks, or go for a functional, unbranded handbag that goes for just a hundred dollars.

If your significant other is clamoring for you to get her some designer goods, I’d say turn to a cheaper and ultimately creative alternative. Like this Louis Vuitton Waffle Maker. (Or maybe just a single waffle.) 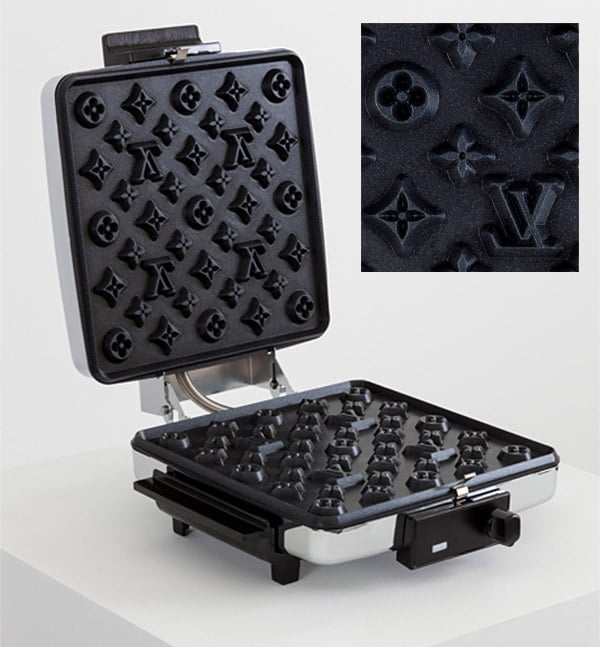 It’s just a concept design that Andrew Lewicki thought of, but it would be one of those appliances that would exist because of the novel factor they bring.

You might not be able to afford an LV purse for your girl (or for yourself, if you happen to be a girl), but with one of these, at least you could chew on freshly-branded waffles every morning.