Microsoft has released details on two new products, the Wedge Touch Mouse and the Wedge Touch Keyboard, which look perfect for when you’re on the go and you get tired of using the touch-based keyboard on your tablet. 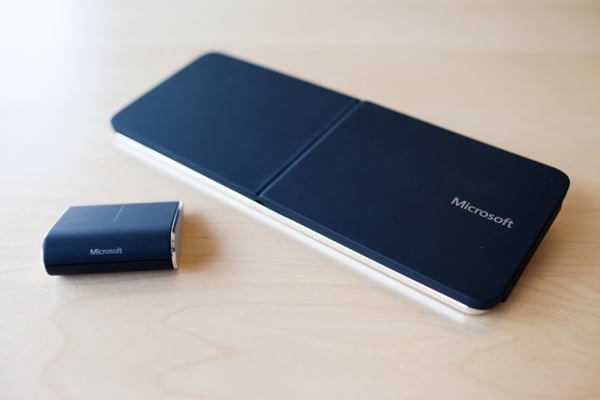 The Wedge peripherals use Bluetooth. The keyboard’s cover doubles as a multi-angle stand for your tablet, which is a smart idea. There is a joint at the center which allows you to adjust the angle. The cover also powers the keyboard down automatically, once it’s placed inside. There are some hotkeys along the top to launch some functions. The Wedge Touch Mouse offers four-way touch scrolling using Bluetrack technology, which means it will work on any surface. 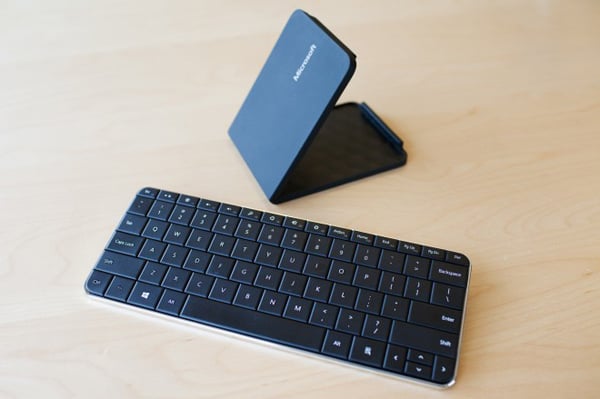 While Microsoft doesn’t specifically state which devices the Wedge series will work with, they mention Windows, Mac OS X, and “basic functionality on ARM-based devices,” but I’m guessing that any Bluetooth tablet should work with the keyboard. The mouse will only work with a computer though. The keyboard will sell for $79.95(USD) and the mouse will sell for $69.95. They will be released soon.