We’ve featured a Tetris alarm clock before, but that was an unofficial build and was designed to compel users to wake up. The officially licensed Tetris alarm clock on the other hand is more forgiving and focuses on fan service. You can’t actually play the game on it though. 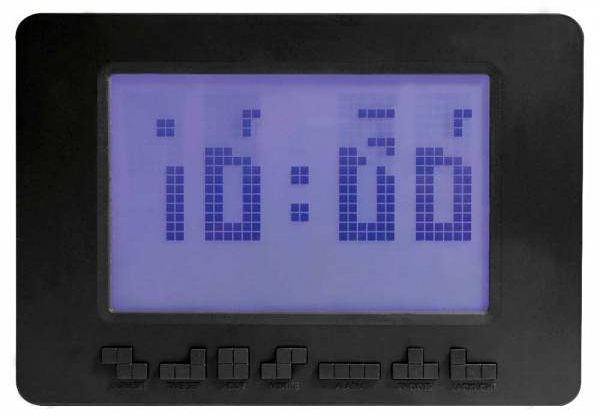 As you can see the clock not only has tetromino buttons, tetromino blocks fall and form the hour and minute numbers when the time changes: