We’ve seen Star Wars chess sets before and we’ve seen some LEGO chess sets as well, but this one combines both and is a real work of art. It’s the third in a series of LEGO chess sets designed by Brandon Griffith. Each commemorates the three original Star Wars movies. You know, the good ones. At least two of them. 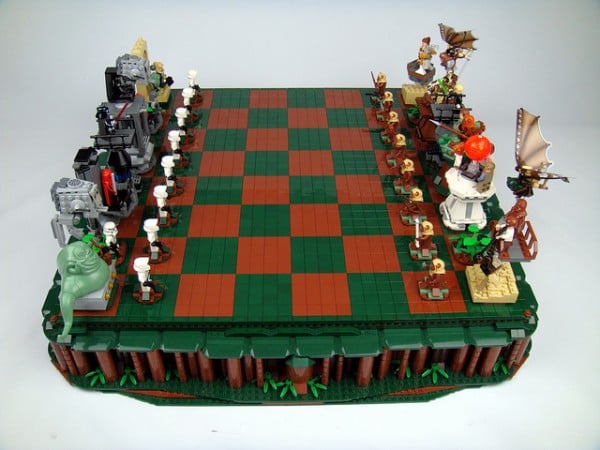 For the Return of the Jedi chess set, you can play as either the Imperials or the Rebels. Of course, the bad guys are always more fun. Brandon really did a great job of thinking out of the detail and building some clever pieces, with lots of detail. 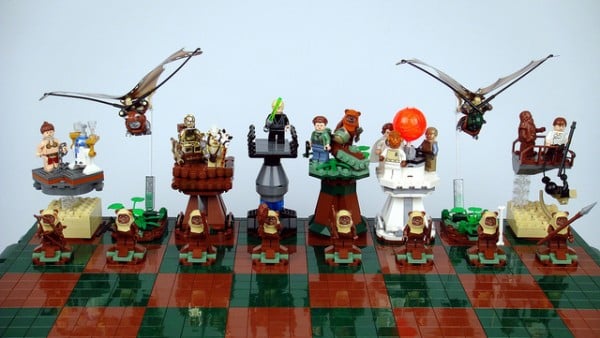 The Endor theme of the board is really nice, especially the Ewok and Scout Stormtroopers as pawns. Though you’ve got to wonder about the Emperor as King and Darth Vader as Queen on the Empire side of the board. 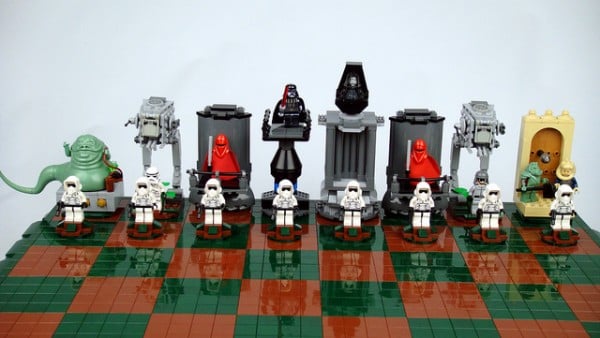 If all chess sets were this cool, I might be bothered to actually play the game. Great work Brandon.