HOVIS Eco Humanoid Robot Charms Its Way Into Our Hearts

If you’ve ever wanted your own little humanoid robot to do your bidding, there’s a new kid in town you might want to check out. It’s called the HOVIS Eco, and it comes from Korea’s Dongbu Robot company. 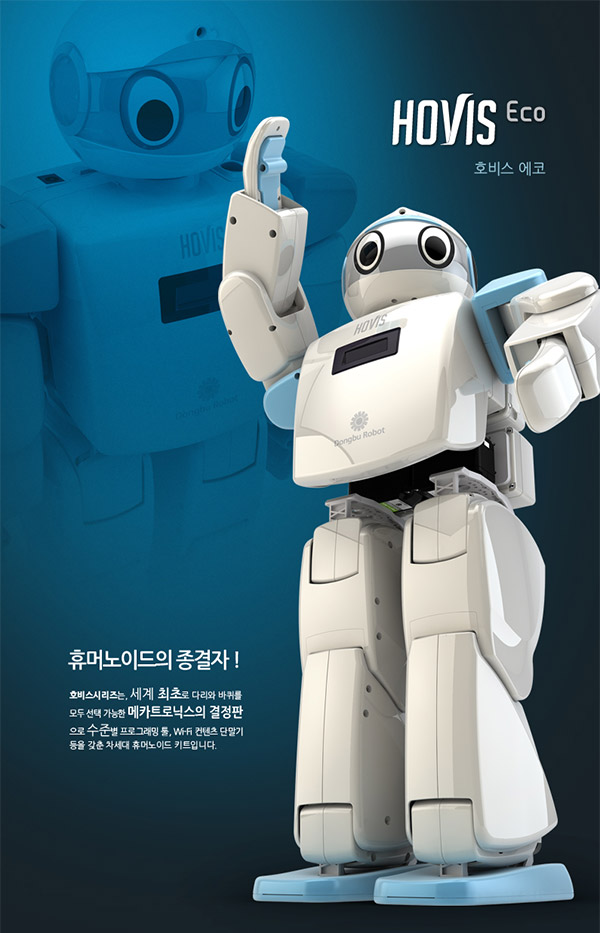 The medium-sized humanoid Eco robot measures about 16.4″ tall by about 7.6″ wide, weighs just under 4 pounds, and has 20 degrees of freedom thanks to a large number of servo actuators. Unlike some humanoid robots, Eco has a friendly, modern look about it that’s not freaky or intimidating in any way. In fact, the little robot looks like it would be at home in a science-fiction movie that doesn’t involve a dystopian future. 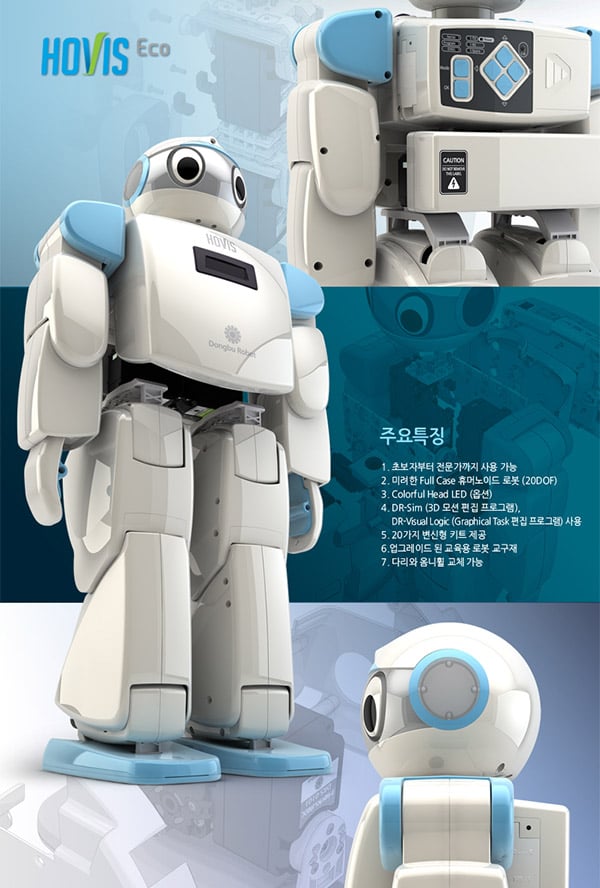 Under its hard and shiny shell, Eco is powered by an Atmega 128 controller, which can be programmed using using bundled graphical editing software, or via a variety of APIs, using C++, Java, Python or the Android SDK. It can also be controlled by wireless remote. It comes with distance and sound sensors, and can be upgraded with an optional gyro sensor as well. The robot even comes packaged in a handy tool case making it easy to maintain and store.

While I can’t find a video of the Hovis Eco in action, here’s some footage of the Hovis Lite, the Eco older, uglier brother pulling off some impressive moves:

Priced at $900 (USD), the Hovis Eco is no toy, but it’s a serious hobbyists robot. If you’re interested in getting your hands on one, you can find it over at RoadNarrows Robotics.