LEGO Low Rider Gets Its Bounce on

I’ve seen plenty of LEGO cars and trucks over the years. I always appreciate attention to detail when it comes to building a vehicle out of LEGO blocks. A guy named Alex Jones (aka OrionPax) has created an awesome LEGO low rider that looks like it’s straight out of a Cheech and Chong movie. The car is called “The Hob” and has tons of features that you can’t see in the photograph. 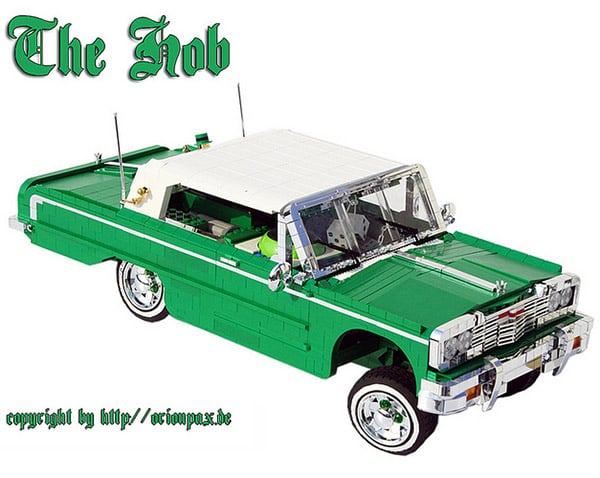 The car has fully functional (simulated) hydraulics, working lights, RC hardware, chrome, and has an integrated MP3 player with a speaker. That means you can play Low Rider by War as you cruise The Hob around your living room on three wheels.

You have to check out the video of The Hob to see what it can do for yourself. I wonder how the builder designed the motion system to make the car move around. It appears to be constructed completely out of LEGO down to the frame rails.

Check out more images of The Hob over on OrionPax’s website.