NASA is milking the coming landing of the Curiosity rover for all it’s worth with numerous videos to get people excited about the Rover landing on the surface of the red planet. The nuclear powered Curiosity Rover is set to touch down on the surface of Mars, if all goes well, at 1:31 AM EDT on August 6, 2012. 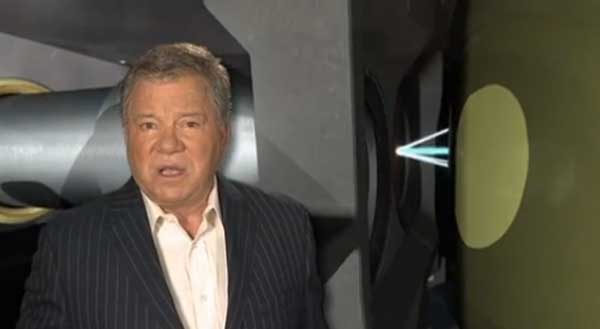 To promote the landing, NASA has offered up a pair of new videos called Grand Entrance that guide viewers from the entry to Mars’ atmosphere through the descent of the Rover until it’s ready to conduct its mission. The videos have the same exact content and the only difference is the Star Trek actors that narrate. One video is narrated by William Shatner and the other is narrated by Wil Wheaton.

If you can’t see the videos above, you can view Shatner’s video here, and Wheaton’s here. Which one do you prefer?