Did that headline get your attention? Good. You have proved that you are a geek male with a pulse. Poison Candy Latex (on Facebook) has created a new line of pop culture latex clothing which will be launching at Montreal Comic Con 2012, which is from September 14 to 16, 2012.

Star Trek fans who are into latex, or just like sexy costumes will be all over this, like a Ferengi on gold-pressed Latinum. 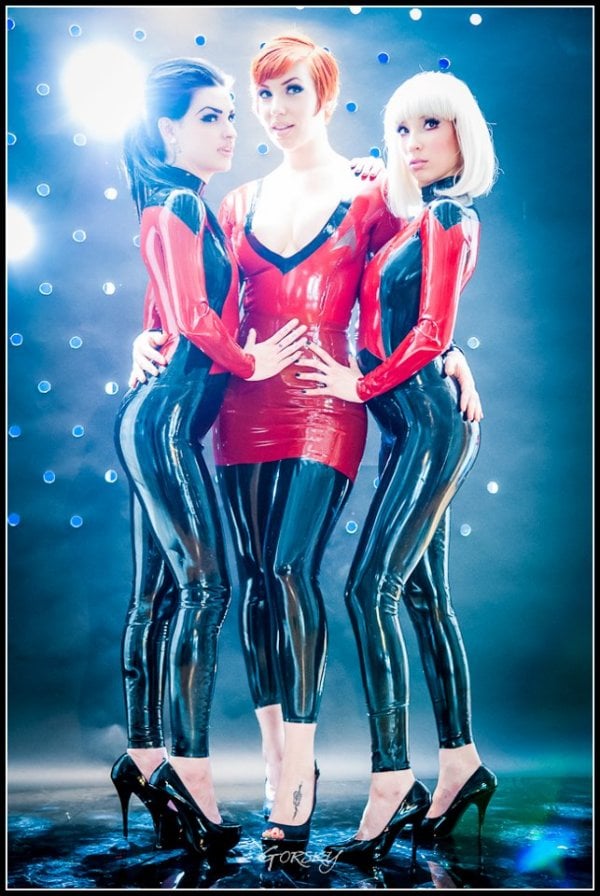 They sent some images to the folks over at Geeks Are Sexy to let people know what to expect from this clothing line. So what can we expect? Pure sexiness and a skin-tight fit. I don’t see any mention of price, but I’m sure they will be pretty expensive, and they’ll look way better than anything Shatner or Nimoy ever wore.