This is the Cybertech T-RON custom electric guitar. Hutchinson Guitar Concepts probably named it so to avoid any trademark issues, but we all know it’s referring to the hit 1982 sci-fi flick Tyrannosaurus Ron, a movie about the last dinosaur who knew how to play guitar. I hear it’s getting a remake. 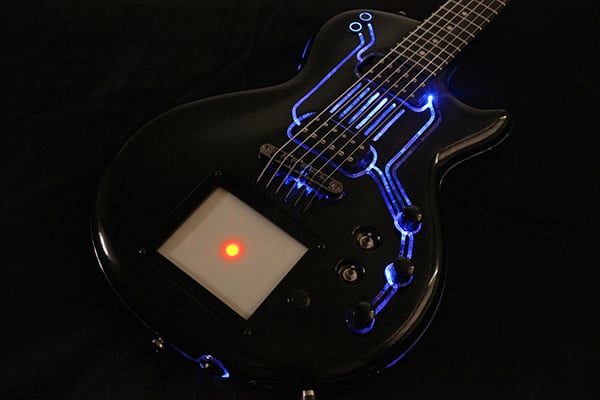 Either that, or it’s inspired by TRON: Legacy. Probably TRON: Legacy. The design borrows from the sequel’s aesthetics, specifically the inlaid tubes of blue light. The guitar is actually a sequel of sorts as well. It’s a spin off of an earlier custom guitar, from which it also gets the Cybertech name.

Like its predecessor, the Cybertech T-RON has an XY MIDIpad MIDI controller, but this time Hutchinson also installed a Ghost pick-up system alongside the Gibson humbuckers. The two devices should make it easy to add effects or change the tune of the guitar’s sound. The guitar also has locking tuners and a custom made through-body string retainer. 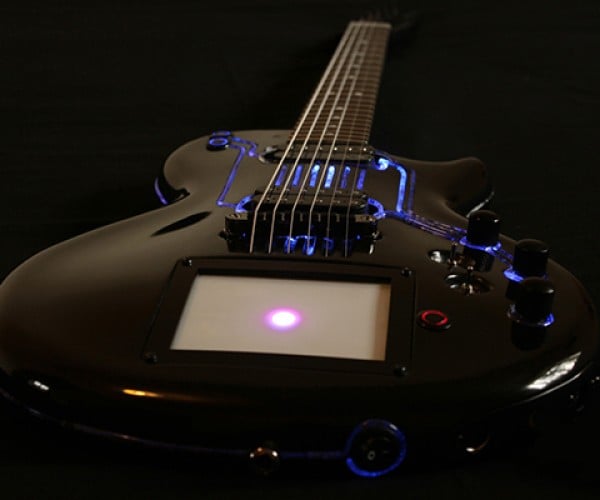 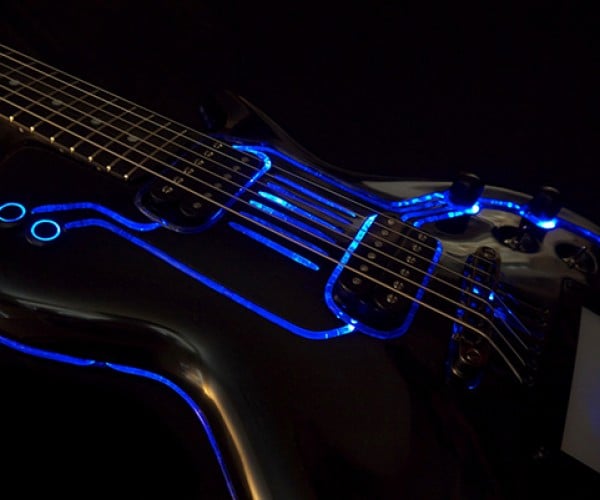 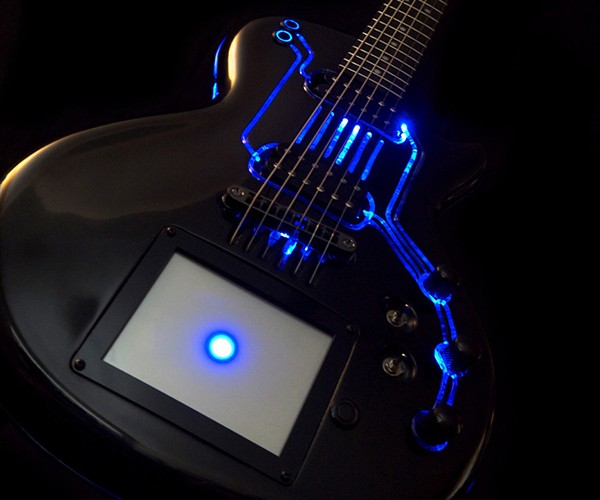 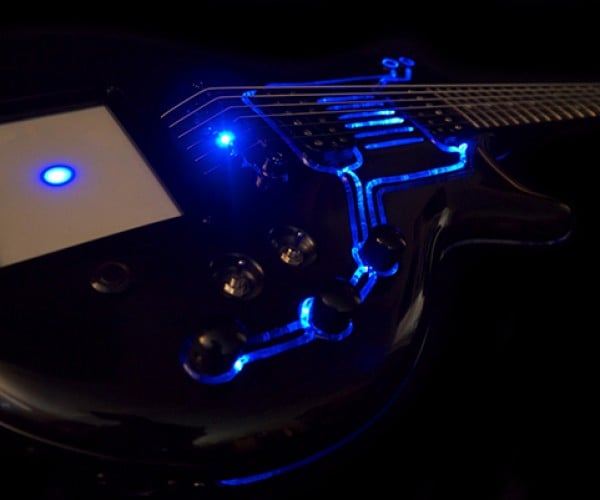 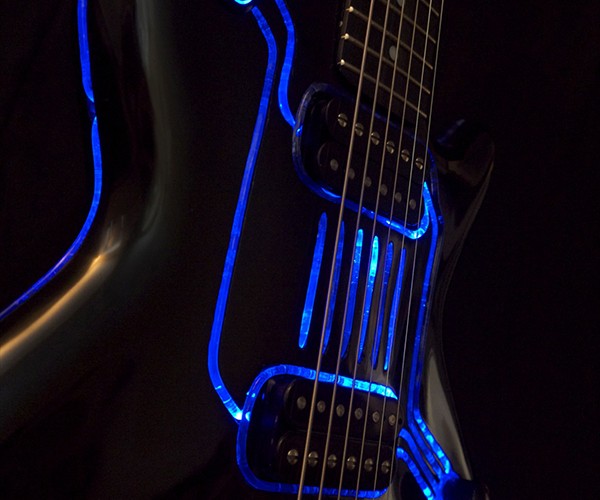 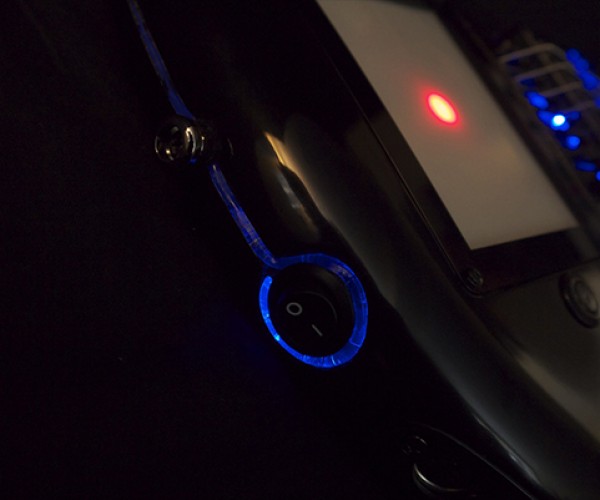 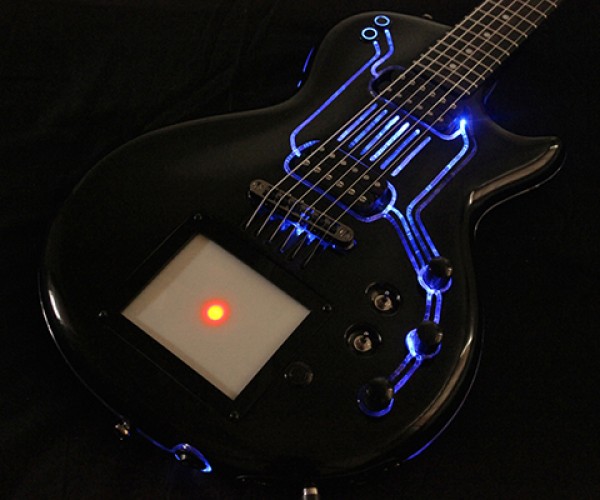 Sadly you’d have to be a rock star or an ENCOM exec to be able to afford the guitar. Hutchinson Guitar Concepts is selling the Cybertech T-RON for £4,000 (~$6,250 USD).