X-rhex Robot Gets a Tail, Always Lands on Its Feet

The tiny Tailbot robot relies on a tail to control its balance. Now, the creators of the Tailbot and the RHex hexapod robot have teamed up to make the X-RHex Lite. The difference between this robot and the original Tailbot is that the XRL is about 60 times bigger, weighing 8.1 kilograms compared to the tiny Tailbot which only weighed 177 grams. 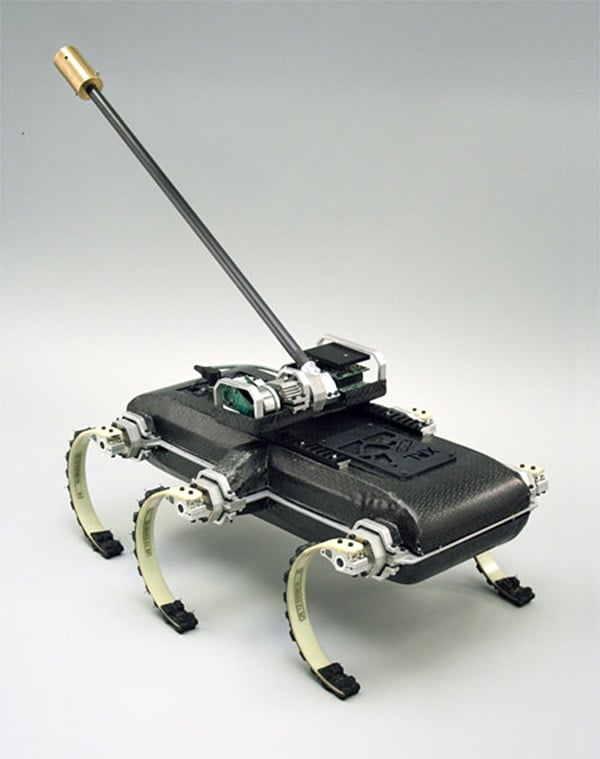 The tail works just like it would on a cat. It lets the robot right itself when falling and flying through the air. Thus, it recovers easily from crashes that turn it over. Even when it’s dropped, the legs are springy and act like shock absorbers. All of this means that it would take quite a lot to not land upright.

And that is important because robots aren’t useful on their backs. Great for search and rescue ‘bots or any robot that does alot of jumping.

[via IEEE Spectrum via Geek]